Jarda Kuchar – a small-time hustler rents every summer his apartment only to escape to a remote lake in the middle of nowhere. For three months each year he is the big-city-weary hotshot in a former holiday resort, especially for a local villager named Kamil Hospes, with whom Jarda runs a picturesque pub, the Tropicana. The regulars consist of a pair of odd-ball brothers, Jirka and Peter, and a caretaker of the local transformer, Pepa Vrtilek. However, this season will be different: a local legend – a monster of a catfish called Lojza – has appeared! Ever the opportunist, Jarda sees a chance to improve his income: by inviting all the fishermen to a grand “fish out”. Jarda secretly calls “The Successful Fisherman” magazine to attract the fishing public. “The public” in this case is represented by a father/son duo with a secret ambition to be on the cover of the magazine, no matter what! But this is only the beginning of Jarda’s problems. A surprise visit from his 20-year-old daughter Pavla, whom Jarda avoided for three years, is under way… 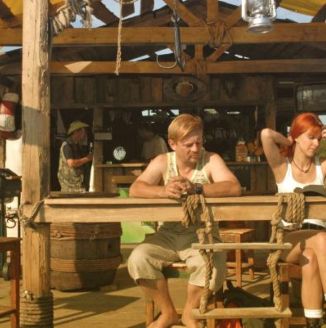 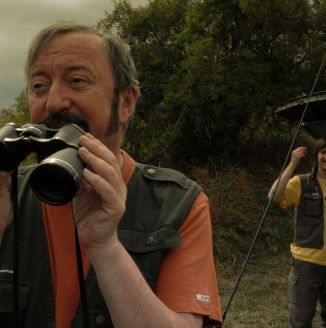