A story of an adolescent ant worker living in the outskirts of a dying human world who wants more from her life than accepting the given fate. Seemingly she scorns the winged ants, the aristocracy of the ant hill, but secretly she envies them their future beyond the colony. However, when cast out for accidentally causing fire, she gets scared of the outside world and longs to be accepted back. Before she manages to do so, the ant hill is destroyed by humans and in the smouldering ruins she only finds her dying queen cradling the last larva of the colony. Together they try to survive in the wasteland of the post-apocalyptic world. In the ruins of the nearby city, they look for food and shelter, but find much more - the story of the end of humanity, friendship, love, and future. 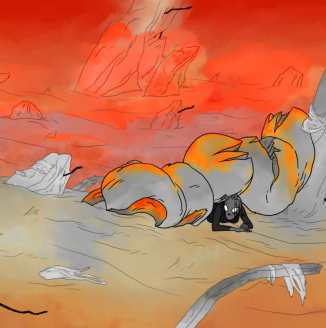