How do the deaths of our closest relatives affect us? Can we find the strength to accept the reality to which we have hitherto shut our eyes? From Cherries to Cherries was made by the director and her mother in the wake of her father’s death. Amidst the orchard her father used to tend, the two seek emotional bonds to the man of the family, as well as their relationship with each other. Although the film's central topic is the death of a loved one, the point of departure is life itself, sympathy and forgiveness. The movie raises key questions about the extent of love in familial relationships. “What mark do fathers leave on their daughters?” “What role does sacrifice play in intimate relationships?”... The protagonists seek to understand certain difficult moments with the man of the family, to come to terms with the past and to find a point of departure in the present. Despite feeling grief, they still manage to share moments of joy and become cognizant of their newfound freedom. 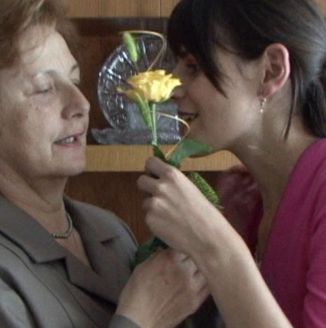 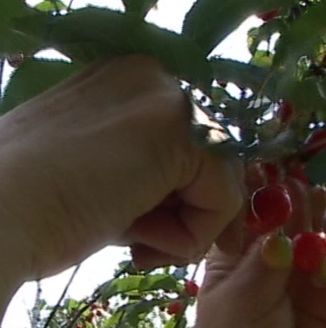