Russian attack on Ukraine prevails among the documentaries backed for production

PR_Russian attack on Ukraine prevails among the documentaries backed for production

Makedox 2022 is filled with Czech documentaries

PR_Makedox 2022 is filled with Czech documentaries

Five Czech films to world-premiere within the Venice IFF 2022

PR_Five Czech films to world-premiere within the Venice IFF 2022

Czech works at the Annecy IAFF and Mifa 2022

PR_Czech works at the Annecy IAFF and Mifa 2022

Production and development of animated films

Occupation leads noms for the Czech Film Critics Awards with 6

PR_Occupation leads noms for the Czech Film Critics Awards with 6

PR_Sisters and Love, Dad to compete in Clermont-Ferrand

My Sunny Maad nominated for the Golden Globe

Production of experiments and early scripts

Even Mice Belong in Heaven nominated for EFA 2021

Brotherhood is the best Czech documentary at the Ji.hlava IDFF 2021

PR_Brotherhood is the best Czech documentary at the Ji.hlava IDFF 2021

Czech Joy in the Spotlight 2021

PR_Czech Joy in the Spotlight 2021

Development and production of animation - 2021 vol. 2

Brotherhood and Love, Dad to world-premiere in Locarno 2021

PR_Brotherhood and Love, Dad to world-premiere in Locarno 2021

Marek Novák is the Czech Producer on the Move 2021

PR_Marek Novák is the Czech Producer on the Move 2021

Production of debuts and shorts_april 2021

Development and production of animation_april 2021

Czech films in the making: Spring 2021

Eight fiction features were granted the support for production

PR_Eight fiction features were granted the support for production

Charlatan is on the Oscars shortlist

PR_Charlatan is on the Oscars shortlist

Co-production The Year Before the War to premiere in Rotterdam

PR_Co-production The Year Before the War to premiere in Rotterdam

Co-productions with France, Romania or Myanmar supported by the Czech Film Fund

PR_Co-productions with France, Romania or Myanmar supported by the Czech Film Fund

Czech film in development - second half of 2020

PR_Czech film in development - second half of 2020

Czech docs compete and are pitched at the FIPADOC 2021

The Painted Bird and Charlatan nomianted for the European Film Awards

Czech docs among the winners of the Ji.hlava IDFF and Dok.Leipzig

PR_Czech docs among the winners of the Ji.hlava IDFF and Dok.Leipzig

Helena Třeštíková will premiere at the IDFA 2020

PR_Helena Třeštíková will premiere at the IDFA 2020

Czech Joy in the Spotlight 2020

PR_Czech Joy in the Spotlight 2020

Major Czech titles premiering in Warsaw and other autumn festivals

PR_Major Czech titles premiering in Warsaw and other autumn festivals

Czech films in development - first half of 2020

PR_Czech films in development - first half of 2020

New Film by Radu Jude Is Among Supported Minority Co-productions

PR_New Film by Radu Jude Is Among Supported Minority Co-productions

PR_Minority co-production In the Dusk selected for Cannes IFF 2020

Mikuláš Novotný is the Czech Producer on the Move 2020

PR_Mikuláš Novotný is the Czech Producer on the Move 2020 (pdf)

Czech films at Annecy IAFF and the Mifa 2020

Five Czech documentaries to be screened at Visions du Réel 2020

Czech films and co-productions at Berlinale 2020

PR_Daughter has been nominated for an Oscar (pdf) 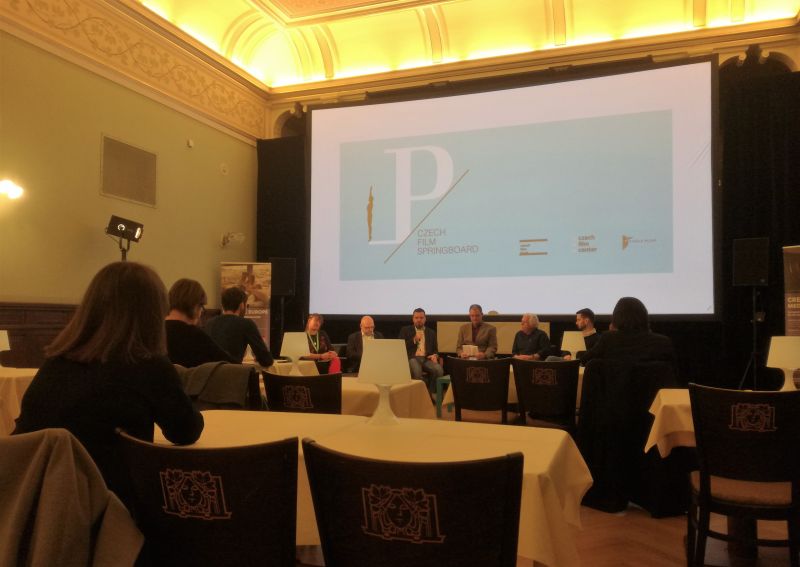 Thirteen projects reached support for the development of documentary features

The Czech Film Fund announced support for the development of documentary features. Thirteen of the total of 18 submitted projects succeeded and were granted altogether CZK 4,9 million (EUR 192 156). The Council was interested in projects related to politics, ecology, art or fake news.

On October 9, the Czech Film Fund announced support for minority co-productions with the sum of CZK 20 million (€ 769,230). From the total amount of 25 projects that applied for support, 14 projects were selected at the initial stage and finally, 8 projects were supported. On the same day, the support for development of animated films was announced. All together 6 projects – 3 features and 3 shorts – were supported with the total amount of CZK 4 million (€153,846).

The Czech Film Fund announced support for the production of documentaries and development of feature-length fiction projects in its recent schemes announced at the end of July. All together 23 projects will be granted the amount of 21 million Czech crowns (€82,353).

The Crystal Globe for Best Feature Film at the 53rd Karlovy Vary International Film Festival went to the new endeavor of the recognised Romanian director Radu Jude –  “I Do Not Care If We Go Down in History as Barbarians”. The film was produced by Ada Solomon in Romania, in co-production with the Czech Republic, France, Bulgaria and Germany.

53rd Karlovy Vary International Film Festival has announced its competition line-up. This year, the selection includes a record number of 12 Czech and co-production movies that will have their world premiere at the festival.  Three Czech films – a road movie Winter Flies by Olmo Omerzu, Adam Sedlák’s feature debut Domestique and a minority Czech co-production “I Do Not Care If We Go Down In History As Barbarians” by Romanian filmmaker Radu Jude – will try their luck in the main competition section. The East of the West competition includes the debut Moments (d. Beata Parkanová), Bear with Us (d. Tomáš Pavlíček) and minority co-production Via Carpatia by Klara Kochańska. Tomáš Bojar's Breaking News, Jana Andert’s Inside Mosul and Putin’s Witnesses by Vitaly Mansky, shot again in the Czech co-production, were selected for the documentary competition. Finally, Benjamin Tuček’s sci-fi comedy Trash on Mars will be presented out of competition and two documentaries King Skate by Šimon Šafránek and Michal Varga’s Circus Rwanda will be part of non-competitive Special Events section. 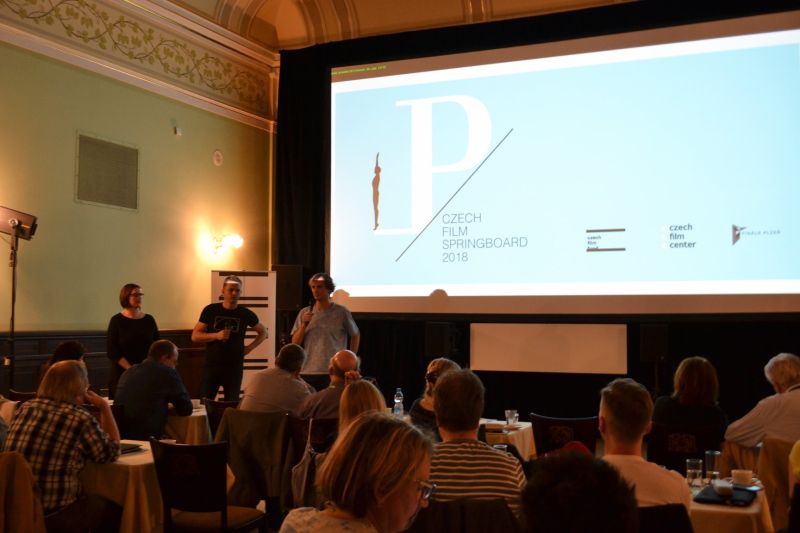 One week prior to the opening, Berlinale has announced that Jiří Menzel, renowned Czech film director and actor, will receive Berlinale Camera 2018 alongside Beki Probst and Katriel Schory. Jiří Menzel, whose artistic curriculum includes more than 20 feature films, is considered a legend of Czech cinema. Menzel’s world-celebrated film Larks on the String, had its premiere in 1990 at Berlinale, 21 years after it had been released and shortly after banned in communist Czechoslovakia.

Three Czech coproduction films have been selected for the Berlinale IFF. The psychological drama Touch Me Not, directed by Adina Pintilie, will be included in Competition, while the road movie The Interpreter, directed by Martin Šulík and starring Jiří Menzel and Peter Simonischek, premieres in Berlinale Special, and the painfully relevant documentary When the War Comes by Jan Gebert will open Panorama Dokumente.

The latest film by acclaimed artist, screenwriter, and director Jan Švankmajer, Insect, will be screened at the prestigious International Film Festival Rotterdam, which will be underway from Jan. 24 to Feb. 4, 2018.

Three new Czech documenatries have been selected for International Documentary Film Festival Amsterdam (IDFA), which takes place November 15 - 26, 2017. Nothing Like Before by Lukáš Kokeš and Klára Tasovská will have its world premiere in the Competition for First Appearance, Petr Horký's directorial debut The Russian Job has been selected for the Competition for Mid-Length Documentary and Vít Klusák's The White World According to Daliborek will be screened in the Masters section.

Fruits of Clouds awarded at the Cinekid Festival

The most extensive retrospective of the Czech film icon presented at DocLisboa in Portugal, October 19-29

Czech film Who's Who in Mycology received a Student Academy Award

The fifteen-minute short film Who's Who in Mycology by young talent Marie Dvořáková has been awarded by the American Academy as one of the three winners in the narrative film category (domestic film schools) in the frame of 2017 Student Academy Awards.

PR_Who's Who in Mycology received a student Academy Award_2017 (word)

PR_Who's Who in Mycology received a student Academy Award_2017 (PDF)

Czech films and projects at Toronto and Venice IFF 2017 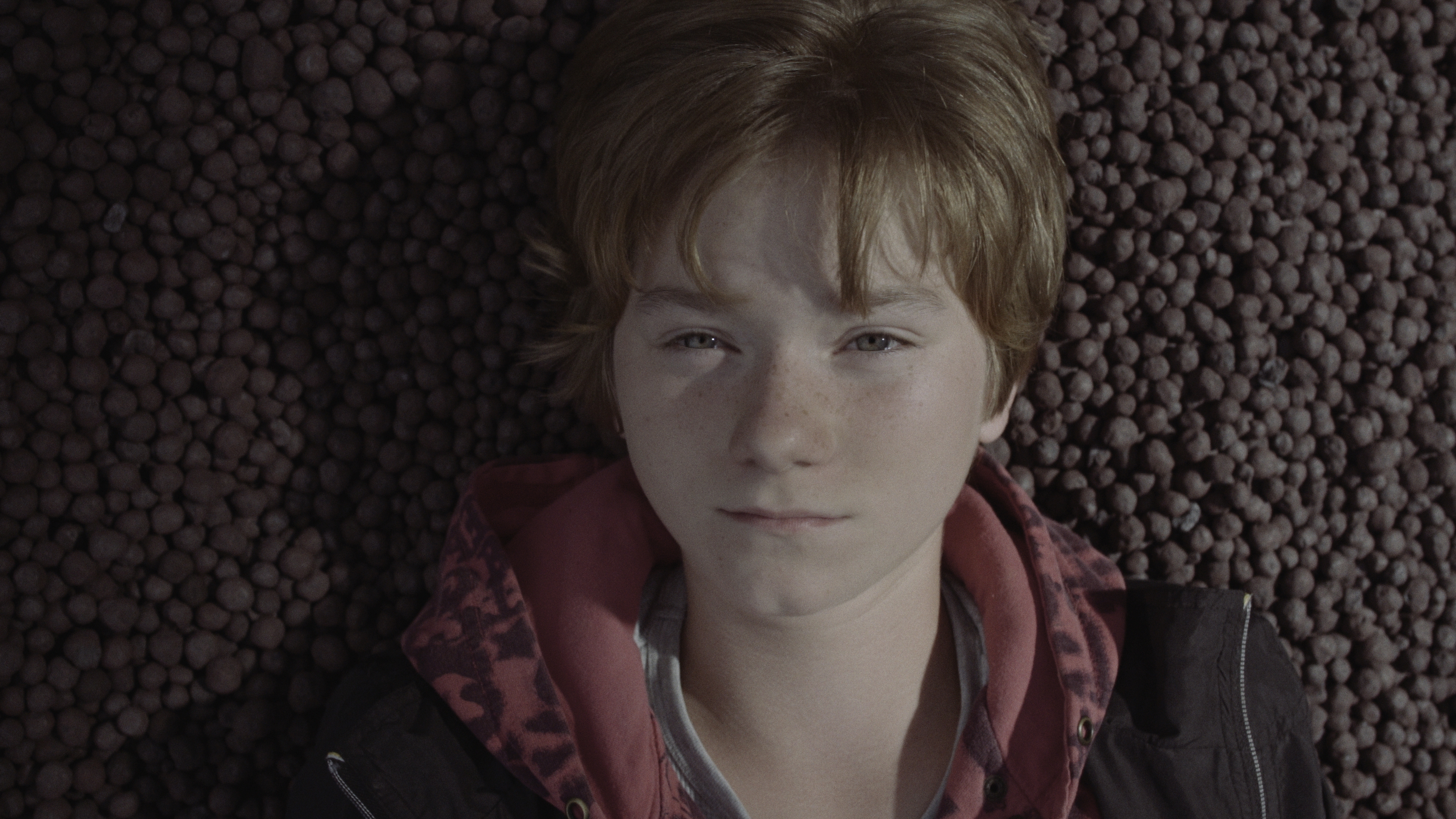 PR_Czech films and projects at Toronto and Venice IFF 2017 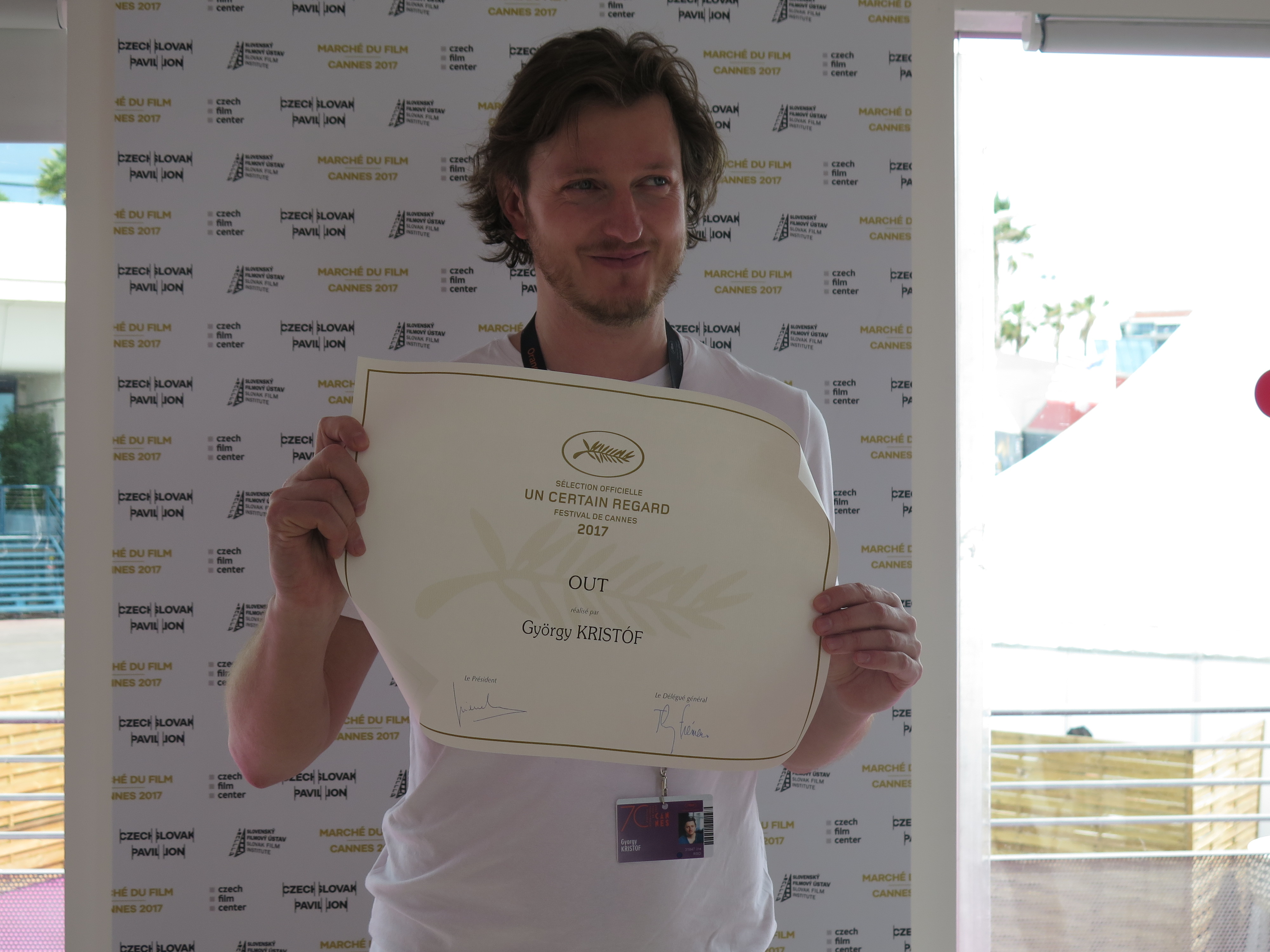 OUT by György Kristóf selected for Cannes Film Festival 2017 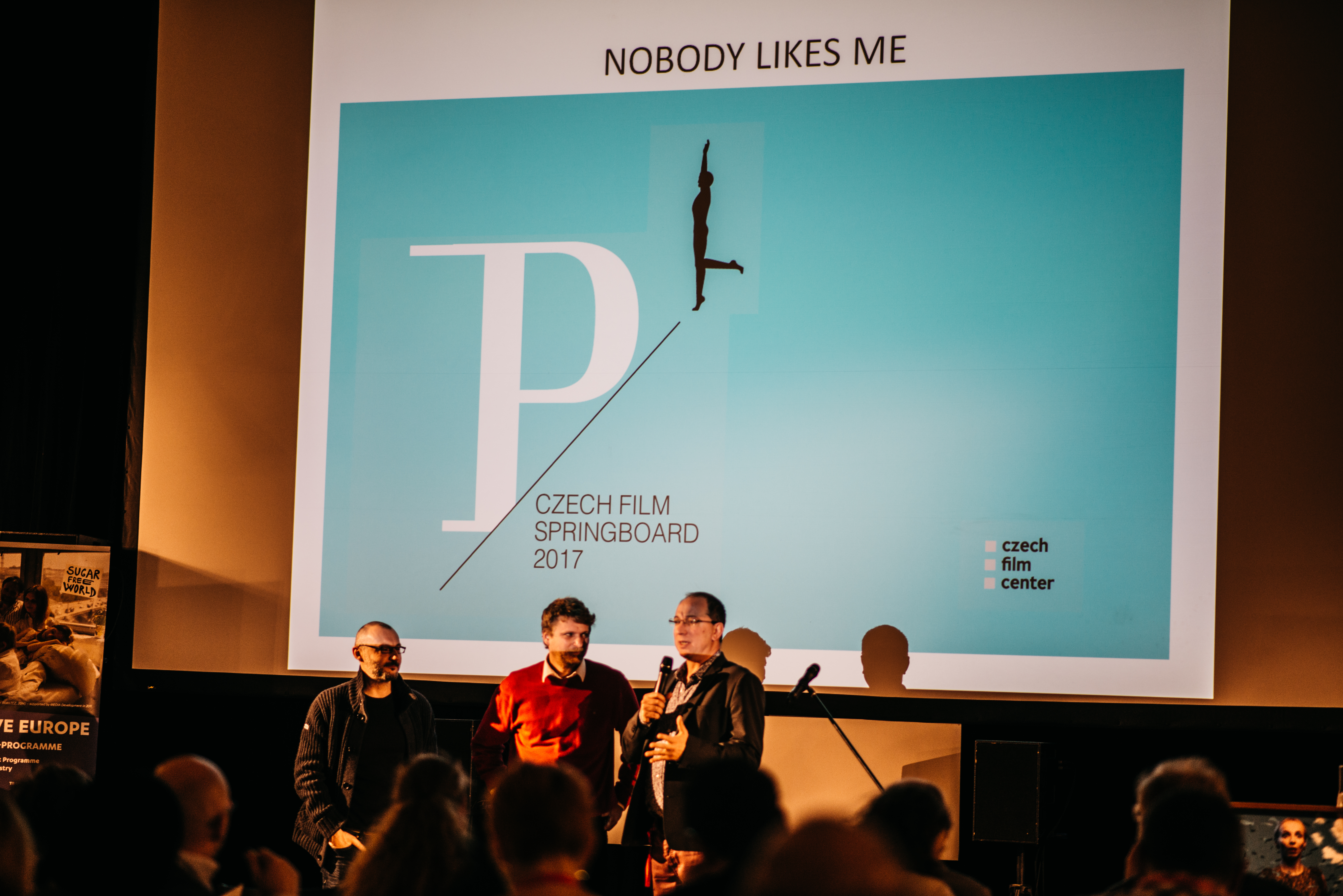 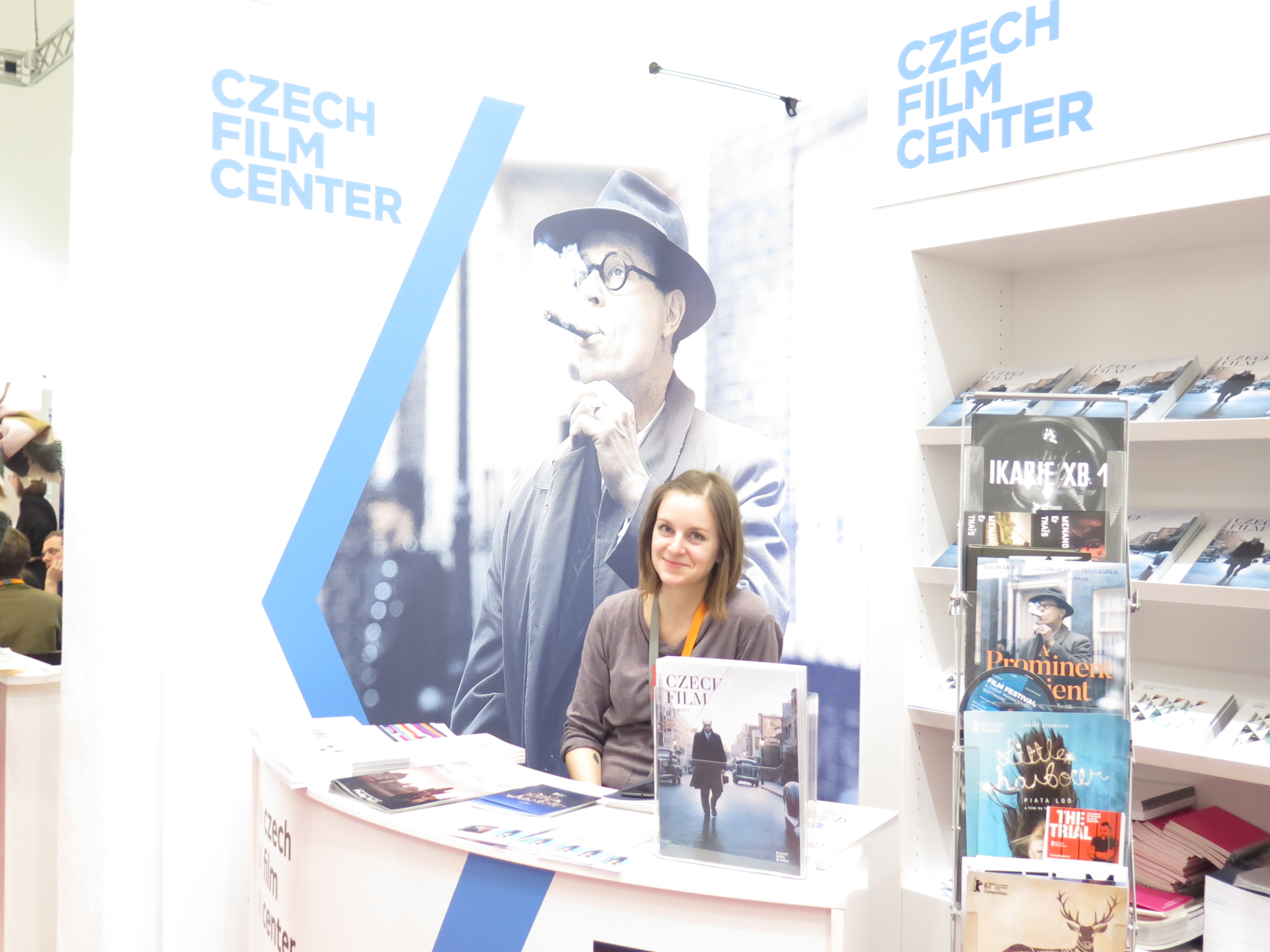 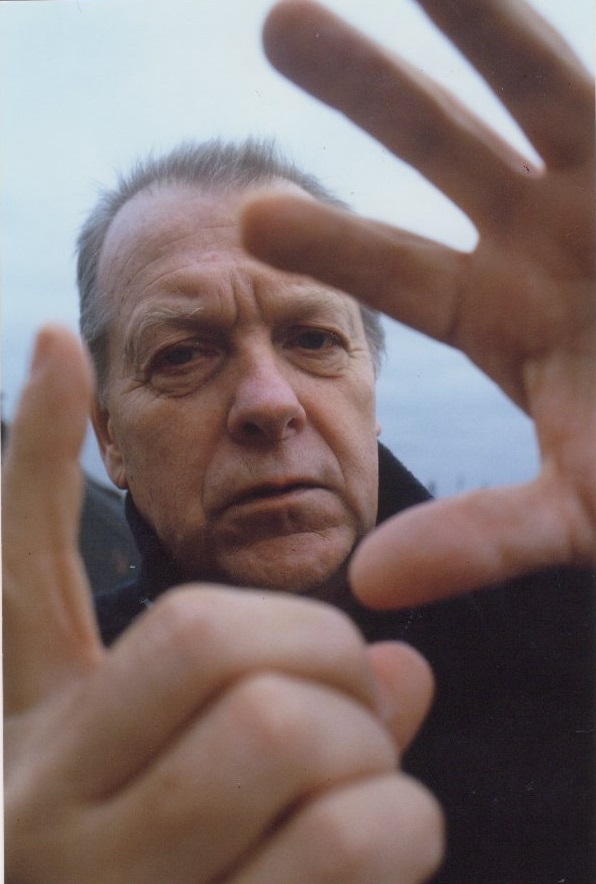