Grandhotel is a place between the sky and earth. A place flowing with clouds and human desires. This metaphorical tale is set in a famous hotel overlooking Liberec. In it, Vlasta Fleischman is working as a guard and a prisoner at the same time, as both a repairman and an amateur meteorologist who wants to get as close to the skies as his life will permit. But he has reached its limit. Only birds and fools can get any higher and Fleischman constantly wishes to be a bird someday. For Fleischman, Liberec is both a cage and a place which binds him to an old promise, keeping him from surpassing its borders. Every day Fleischman thinks about just one thing – how to take off and fly away from the hotel, from Liberec, from his far-from-successful life. A fool would construct wings but Fleischman is sewing a hot air balloon to fly away in. He is no fool. The day would have quickly arrived if Ilja had not entered his life. This silent chambermaid draws Fleischman’s thoughts back to earth because this is where his heart belongs. But Ilja is not single, she has long been suffering in her relationship with Patka, an arrogant waiter who is the perfect reason to hide in the clouds. Patka doesn’t want to let Ilja go, confident that everything he does in his life is done for the two of them. And for her. For happiness on earth. However, Ilja is attracted, upwards, to Fleischman. 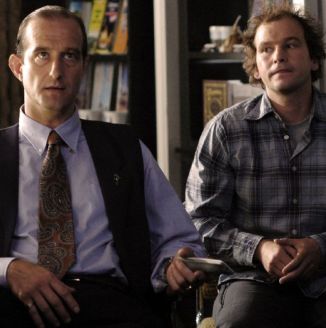 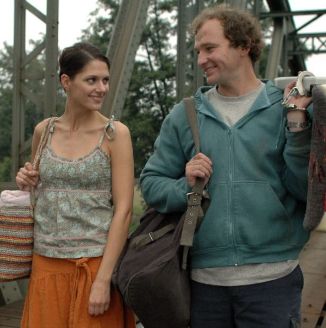 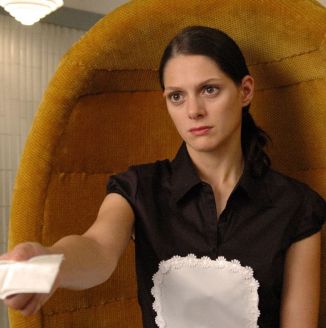