Home— News— Co-production Is the Lifeblood of Czech Animation

Czech animation studios agree that without foreign co-production they wouldn’t be able to function. Coproduction gives Czech projects a higher profile and greater success at European festivals as well as on global markets.

“I keep saying it to the point of being cliché: Animation equals co-production,” says producer Martin Vandas of MAUR film, one of the largest and most important animation studios in the Czech Republic. “Making an animated film today without international coproduction is very complicated. In my opinion, it’s nearly impossible. That’s why we seek out coproduction not only for feature-length films, but also for professional shorts.”

To date, MAUR film has worked with companies in France, Belgium, Luxembourg, Germany, Romania, Slovenia, and of course the Visegrad countries. Founded in 2003, the company has focused on animated films from the start, though over time it has expanded its portfolio to online serials, documentaries, experimental films, and feature-length live-action films.

“We’ve reached the stage where, in addition to creators, we also work with other young producers, who lead their projects independently. As a result, we now have twenty projects in development, production, and distribution,” says Vandas, a member of the European Film Academy and one of the founders of the Association of Czech Animation (ASAF). 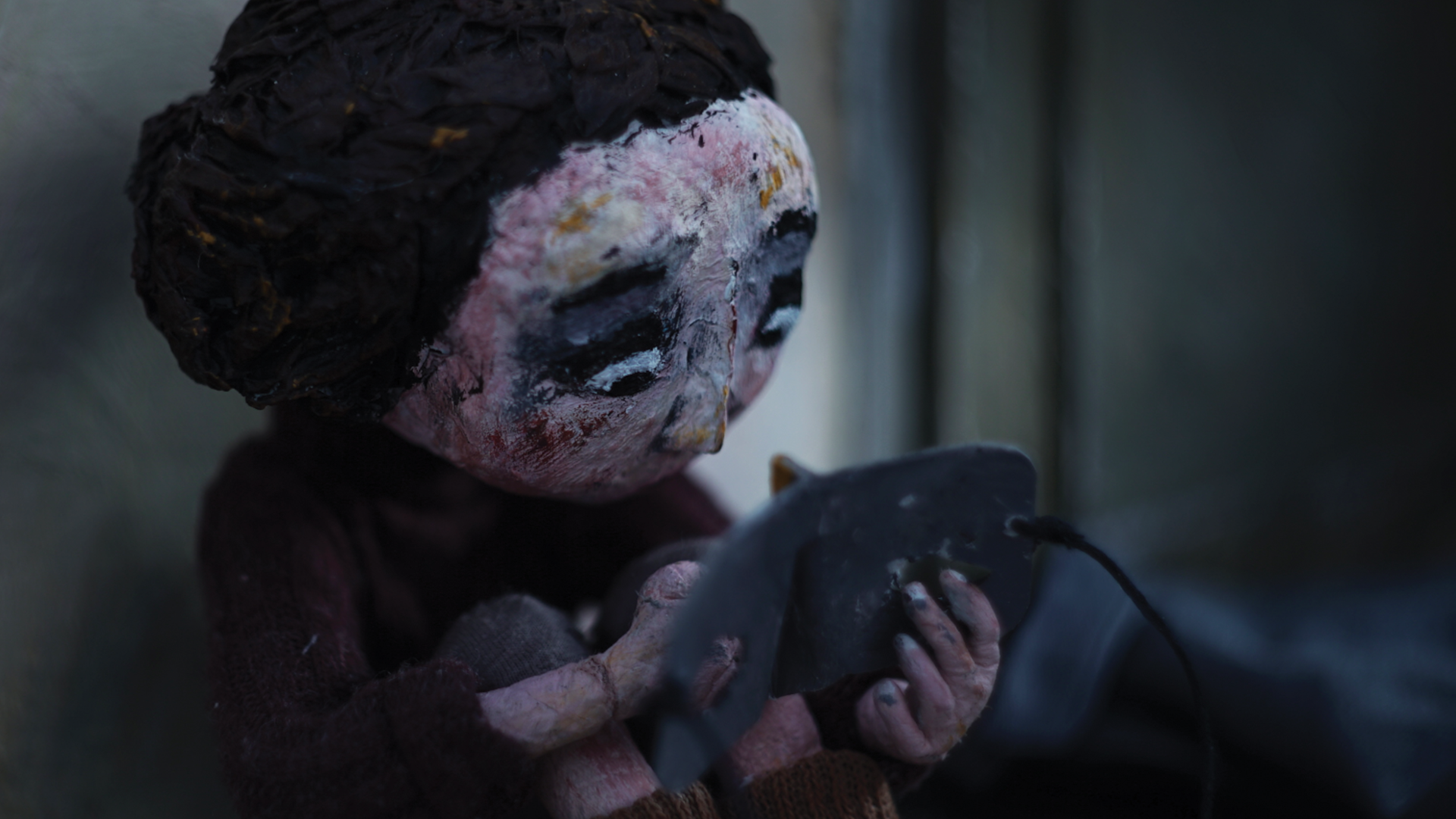 Among the young producers he mentions are Kamila Dohnalová, responsible for the short film Happy End, which made it to the Oscar shortlist, and Mária Moťovská, producer of the puppet film Daughter, which was nominated for an Oscar. Happy End director Jan Saska is now working under the MAUR banner on the film Hurikan, and Daughter’s director, Daria Kashcheeva, currently has a new work in production, Electra. A Poem. Inspired by the popular Greek mythological character, Kashcheeva’s film explores distorted ideals of beauty and the dangers of trying to achieve those ideals

Another MAUR film in advanced production is the poetically styled Zuzy in the Garden, written by Lucie Sunková (The Tree, Nouvelle Bonté) and again showcasing her untraditional technique of painting on glass. In addition, after taking part in the award-winning animated feature film Fritzi: A Revolutionary Tale, the company is now working on the feature film Rosentaal (directed by Miroslav Krobot) and the stop-motion project Of Unwanted Things and People, based on short stories by Arnošt Goldflam. Also underway is a continuation of the Slovak-Czech series Mimi & Lisa and the educational series Undistorted Science, which was created in cooperation with the Czech Academy of Sciences and has garnered millions of views.

Bionaut production has been in operation for over 20 years, and its Bionaut Animation division has built a strong position in Czech and Central European animation. “We are not a classic animation studio,” says producer Jakub Košťál. “Right from the beginning, we have provided projects with production and dramaturgical support, contacts to foreign distributors, and innovative distribution and business strategies. We take advantage of our sister companies in Poland, Slovakia, and Serbia, as well as making the most of our many contacts in Eastern and Western Europe. We strive to make all projects artistically innovative, with original content that is intelligible internationally.” 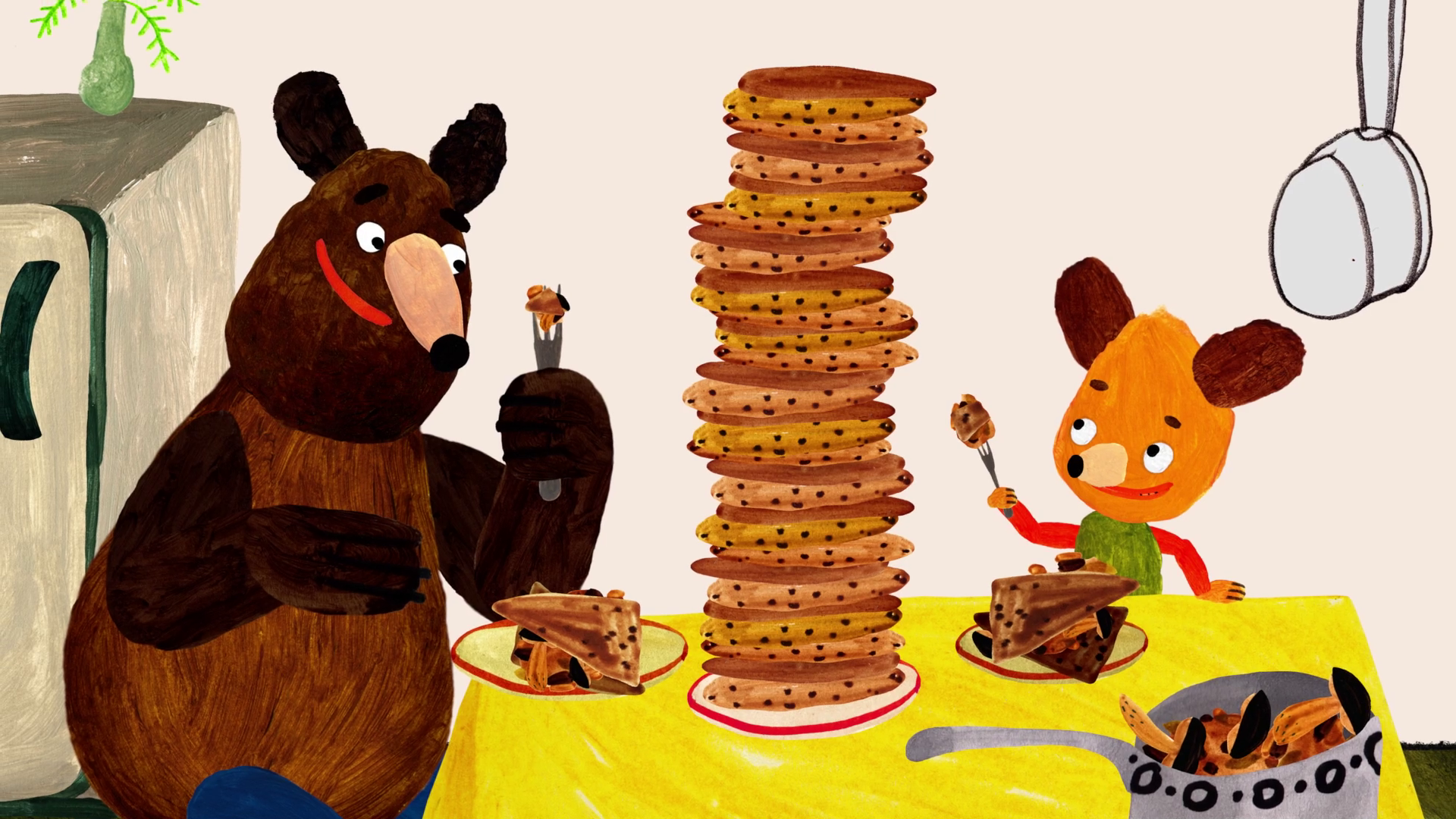 The children’s series Hungry Bear Tales is a Czech-Irish-Polish-Slovak co-production that, according to Košťál, wouldn’t stand a chance of existing without international financing. Among the numerous honors it has garnered, Hungry Bear Tales was nominated for the Irish Animation Awards in the category of Best Animated Pre-School Series, and the series has screened in France, Denmark, Great Britain, Israel, Mexico, and South Korea. Meanwhile the feature film Rosa & Dara and Their Great Summer Adventure is being created as a Czech-Slovak-Polish production, and the animated documentary Kings of Šumava, directed by Kris Kelly, is a Czech-Irish co-production. Also in development are the series Animalies, a horror called Better Tomorrows, and another puppet project with director Bára Anna Stejskalová, whose short film Love Is Just a Death Away was nominated for a Czech Lion this year. This year as well, Bionaut finished part of the animation for the coproduced documentary Ladies and Princes of Prehistory (directed by Pauline Coste).

Krutart is a studio specializing in children’s works, and it has been fully dedicated to animation since 2018. “It’s either pure fun and adventure, or we add a little education,” says producer Martin Jůza. “Education is one of the mainstays of our company. We create and produce audiovisual and interactive content for large educational institutions like the National Museum and the National Technical Museum. Abroad, our artistic style distinguishes us, and we mainly produce 2D illustrated animations.” He explains that Krutart specializes in animated IPs. “When we consider new material, we immediately think about whether it will work as a film, a computer game, or a series, and whether the characters are catchy and simple enough for children to draw. But usually, new material is initially released as an animated series.”

Krutart has had great success abroad with the Kosmix series, which was picked up by sales agent Dandelooo. The main character of Kosmix is a little robot named Kit who has captured the hearts of Czech audiences as well. The creators have received hundreds of fan drawings. “We’re proud to have thought up a universe with characters and stories that entertain viewers both here and abroad. And we didn’t have to pretend to be Pixar. We banked on Czech illustrators and that has set us apart,” Jůza says. 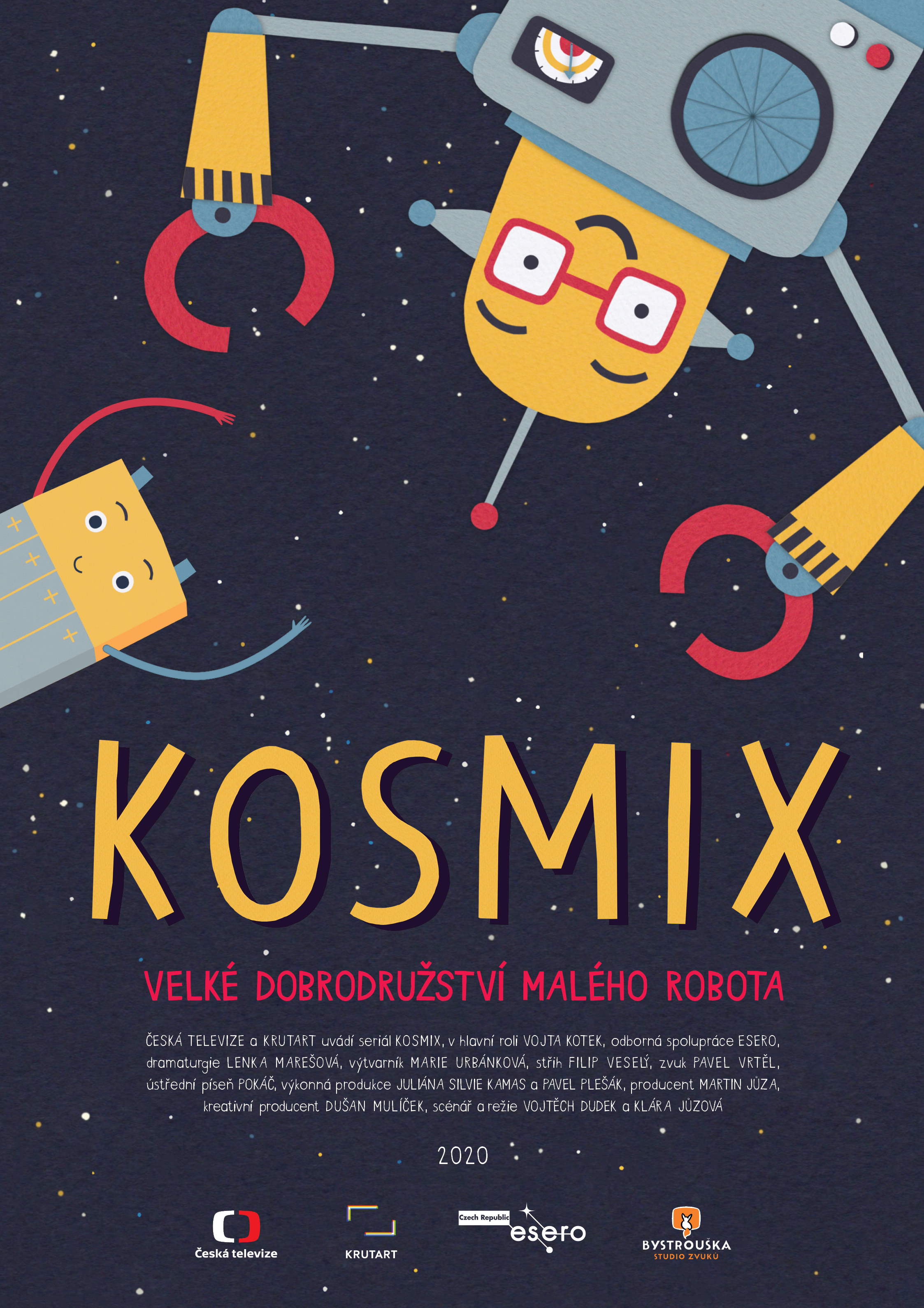 Currently Krutart is creating the second season of Kosmix: Under Water and its feature-length spinoff. Next, the production team will throw themselves into the animated series Dinofables, which was successfully pitched at Cinekid, the Europe´s largest children’s film festival, and has won rave reviews throughout Europe and the US. Krutart is creating Dinofables in co-operation with a studio in Serbia, with production in Romania and an executive producer in the US. Meanwhile the company is also handling post-production for the animated short film 3-2-1 Start!, intended for full-dome planetariums, as well as a short version of Dinofables. It is also a minority coproducer on the completed Slovak-British-Czech documentary film One More Question. “We’d also like to be minority coproducers of foreign animated serials,” Jůza wraps up.

Rolling Pictures production reorganized to completely focus on animation after 2008, when producer and director Martin Kotík became a partner. “We focus on feature-length animated films, especially family comedies,” he says. “For now, we are working with 3D CGI animation, but we aren’t averse to other technologies if it makes sense for the project.”

By far the biggest success of Rolling Pictures so far has been the animated feature film Harvie and the Magic Museum, which was an international co-production with Germany, Belgium, and Russia. “We were the first production company in Eastern Europe to handle 3D animated family films,” says Kotík. In addition to its success in the Czech Republic, where over 200,000 viewers went to see Harvie in cinemas, the film was sold to 180 countries and dubbed into 15 languages. It also entered the main competition in almost 40 international festivals and won three main prizes.

Kotík explains: “Without cooperation abroad, we wouldn’t exist, since there’s no independent financing available yet in the Czech Republic for internationally competitive animated feature films for family viewers. Needless to say, this requires us to produce work that is high-quality, intelligible, and attractive.”

As we speak, Rolling Pictures is just getting started on production of a feature-length adventure comedy titled Pearl, which tells the story of a young water goblin who, in order to save the water goblin kingdom, has to overcome human beings’ distrust of and prejudice against water goblins. “It’s a cross genre, combining the format of a fairy tale with a superhero story,” says Kotík. “It should be entertaining for children and adults alike.” 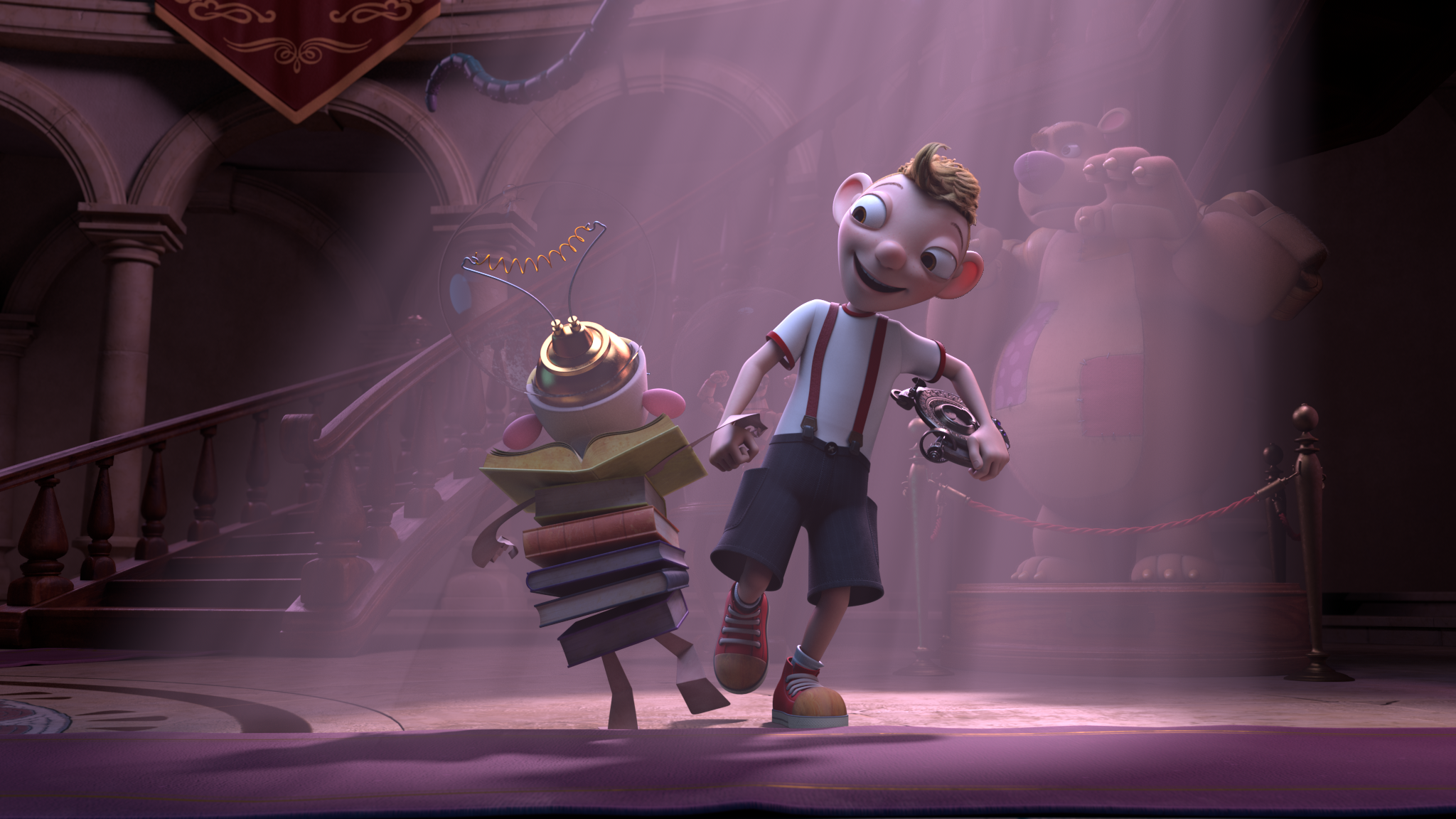 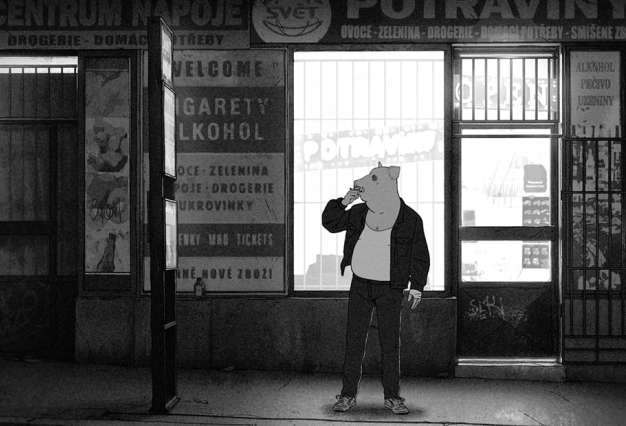 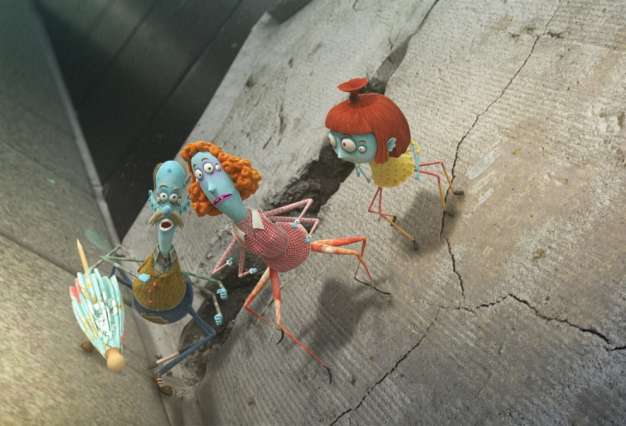