The 7th edition of Czech Joy in the Spotlight, organized by the Czech Film Fund / Czech Film Center, Ji.hlava IDFF and in partnership with Czech Centres, will be held in Jihlava on Wednesday October 26, 2022 at 17:00 at Industry Hub. The presentation and short previews of 13 brand-new Czech documentary films will be done by the filmmakers in person. 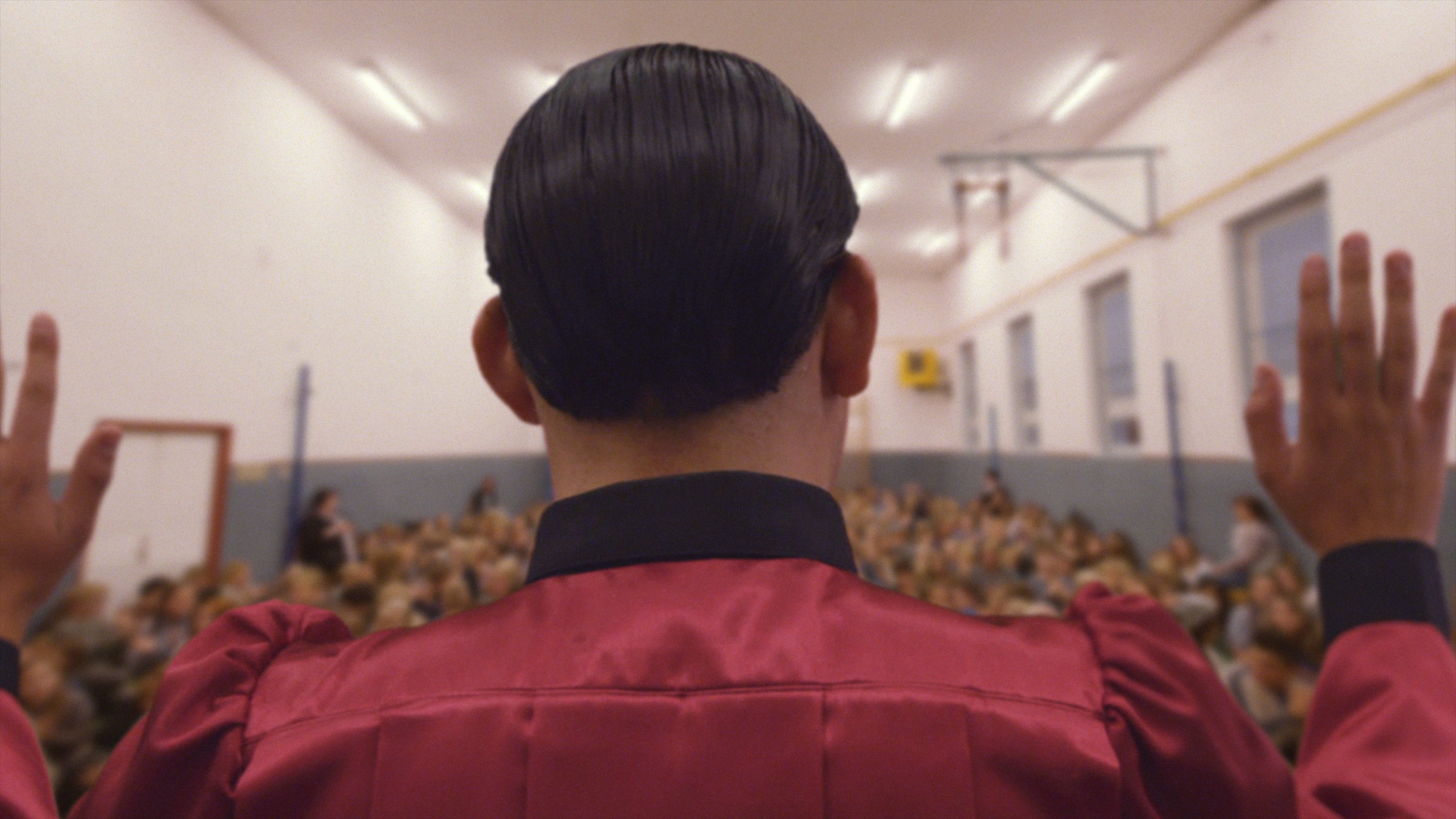 A never-ending flow of words coming from the fanatical leader of the sect culminates in the drinking of poison. A thousand faithful commit ritual suicide, the biggest in modern times. These dramatic moments in 1978 were caught on tape which bore witness to the event. On that basis a film experiment came to pass in which the sect members are represented by children. Their leader is a youth who in front of the camera transformed into their seven years older self. In his debut film, Jan Bušta, ‘in a live broadcast’ brings us an electrifying experience of demagogy and manipulation. a-B-C-D-e-F-G-H-i-JONESTOWN is also a cinephile tribute to film experiment milestones, ‘demagogically manipulating’ with all elements of film narration and audience’s expectations. 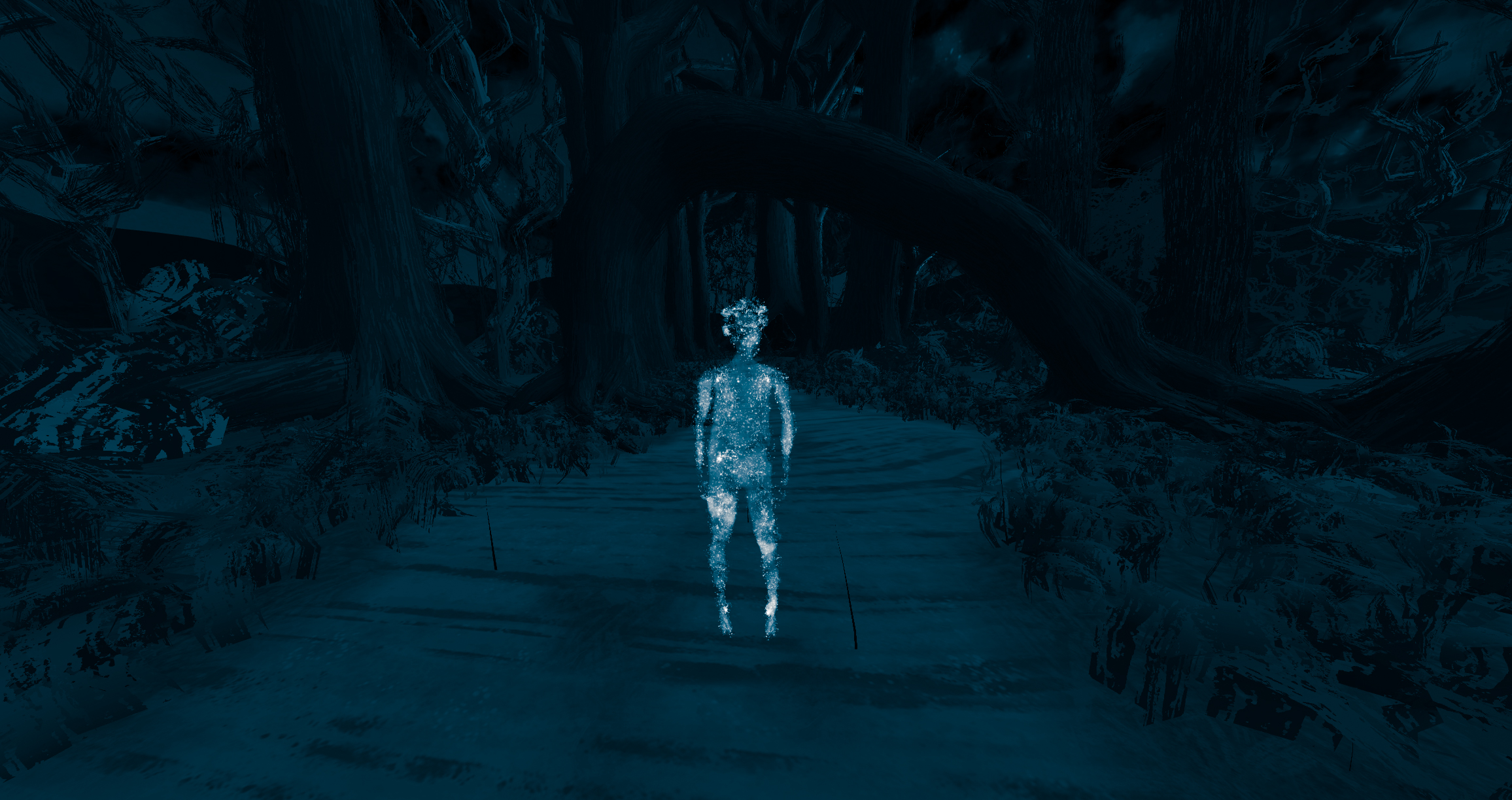 How is the world perceived by someone with depression? This immersive animated film uses virtual reality to address depression and the ways to cope with it. Director and protagonist Ondřej guides us through diverse landscapes associating the story of his struggle with depression since puberty. We get to experience his feelings during the first depressive episodes at a family trip in his childhood, at university when striving for perfect results, at work in his everyday fights with the depressive ‘darkening’. The main character finds out that his tool to get the depression under control is his voice. He uses humming, singing and even shouting as a calming and relieving technique. 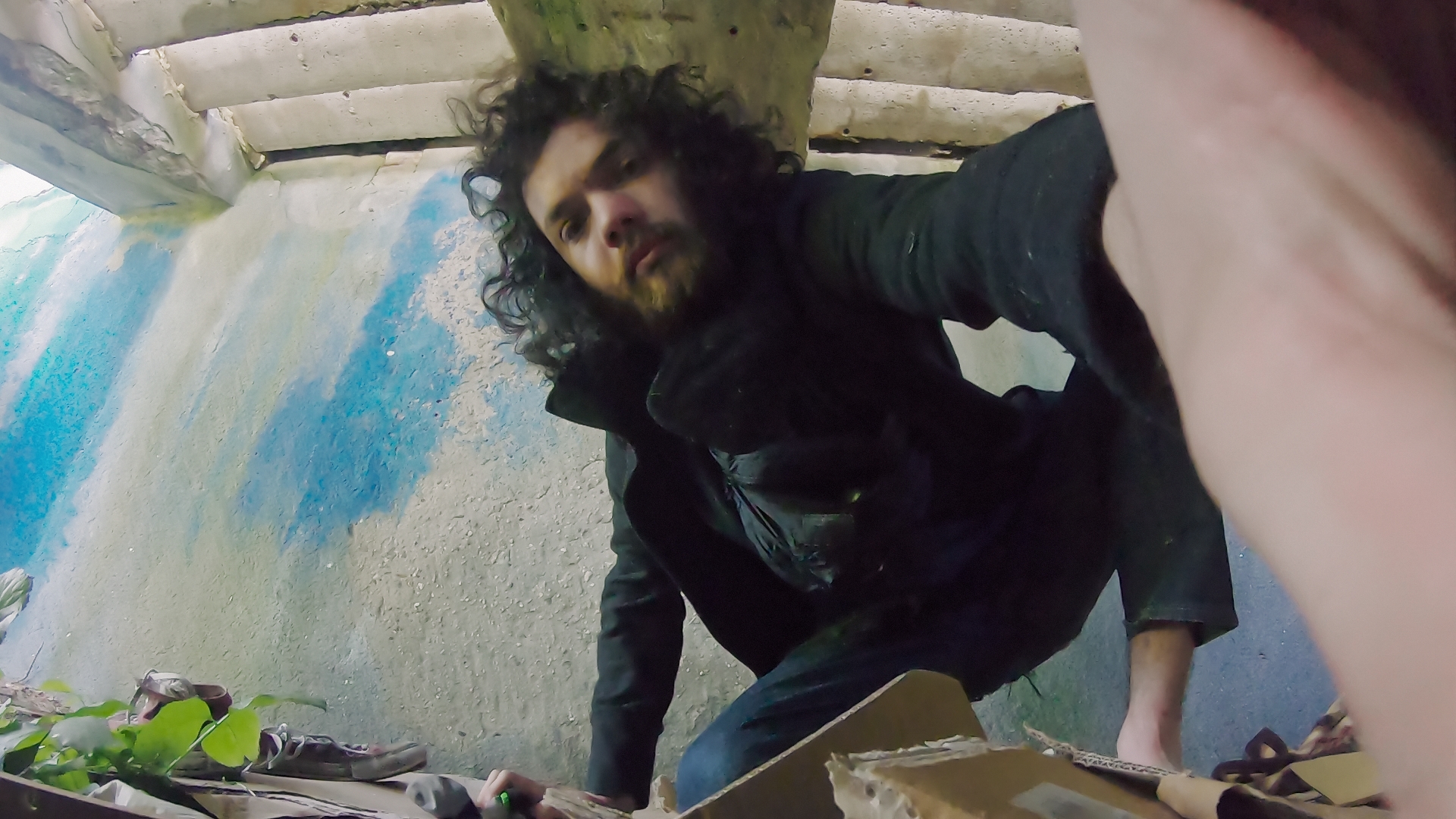 Filip Jiřík, a social worker and a student of sociology, decided to put himself into a position of a homeless person for seven days in a row to experience the situation of someone who loses everything overnight. For his experiment, he chose to stay in a city he had never been to before, the northwestern Czech industrial city of Ústí nad Labem. From The Bottom is a film dealing with the conditions of belonging somewhere simply as a human being, while observing real human needs that are in contrast with the abundant culture of Central Europe. Most of the film is shot by the protagonist’s candid camera. 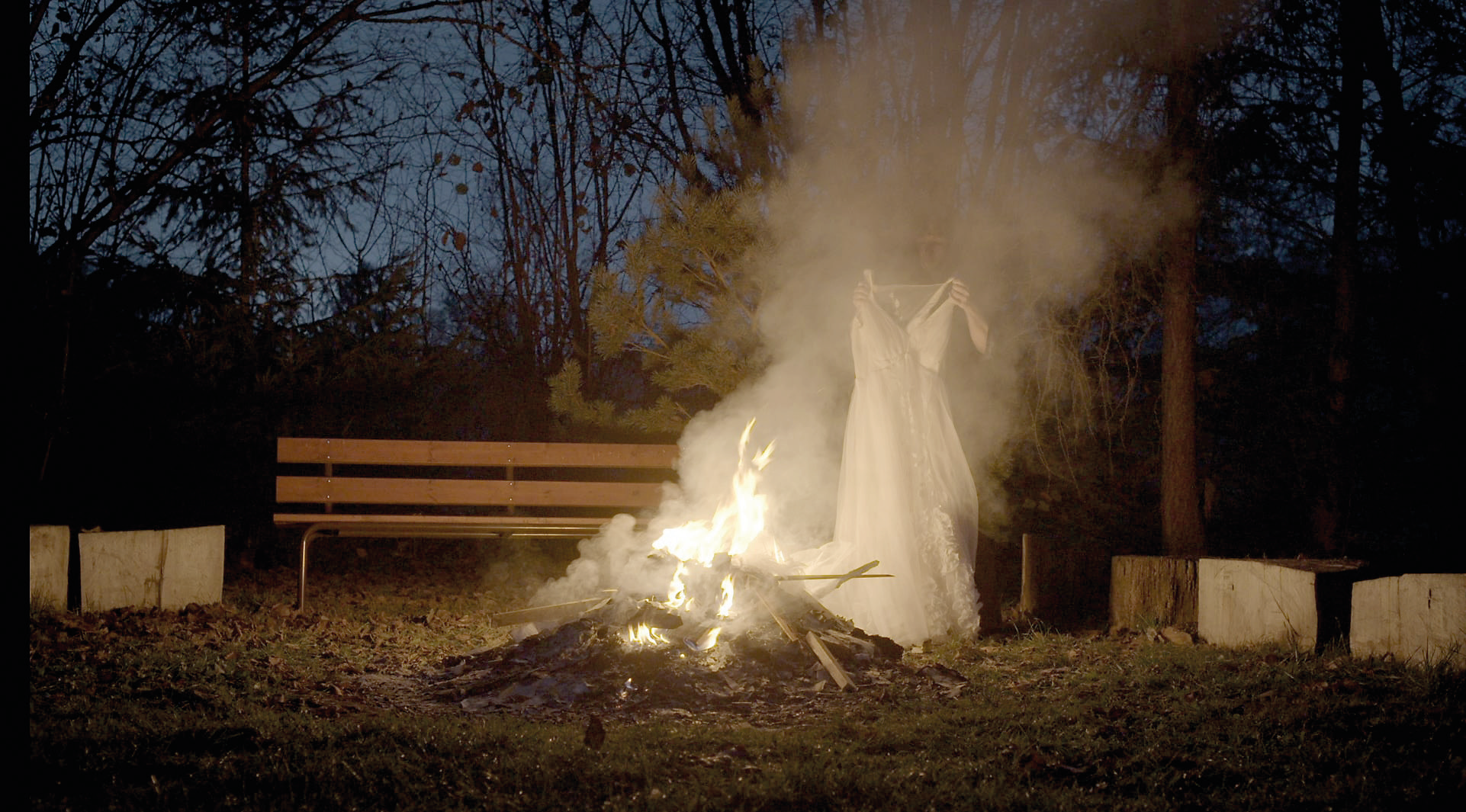 The world is getting smaller and possibilities are expanding, borders are disappearing, but are we getting any closer to each other? Or are we actually moving further apart? At the end of the second decade of the 21st century it is no longer the norm in Central Europe to get married as soon as we reach adulthood. New times bring new possibilities in our relationships: we’re singles, often mingles, and if we want to have some fun we make friends – with benefits. Serial monogamy is getting more complicated, planned polygamy might be the answer, but love is often beyond our reach; there is open love, multi-love, and divorced love. At the core: seriously non-committal, uncompromising compromises, together alone or with a third person, genuinely virtual, but most importantly we want to be ourselves. 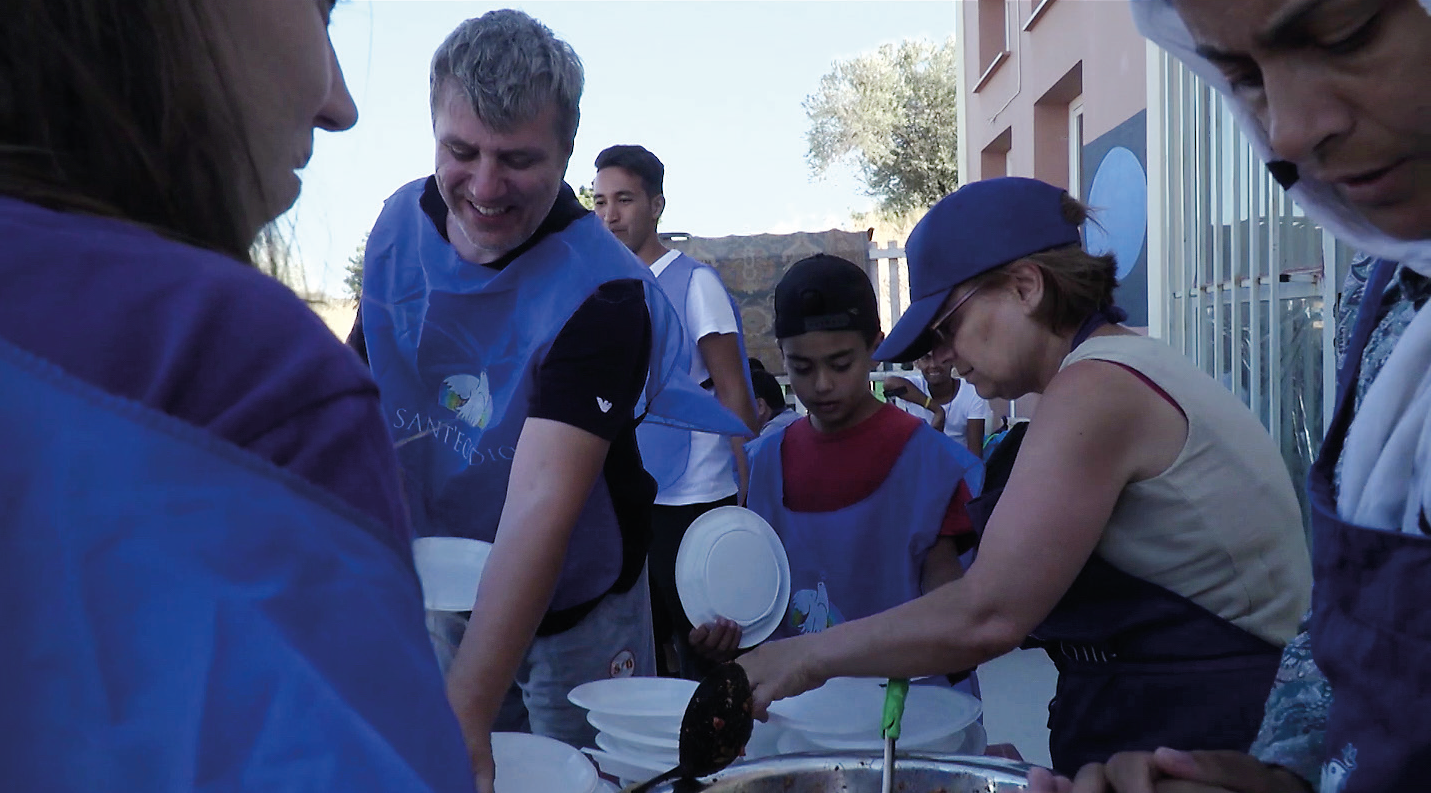 Jaroslav Miko is a half-Romani truck driver. According to politician Jan Farský he is the conscience of our nation. Czech Republic refused to accept 40 orphans from Greek refugee camps. How much ignorance can fit in one truck? Citizen Miko is a documentary portrait directed by Robin Kvapil who spent three years following Jaroslav Miko, the cofounder of The Czechs Help Initiative, in his effort to help children from refugee camps.

FOUND BY THE ONE SHE SEEKS 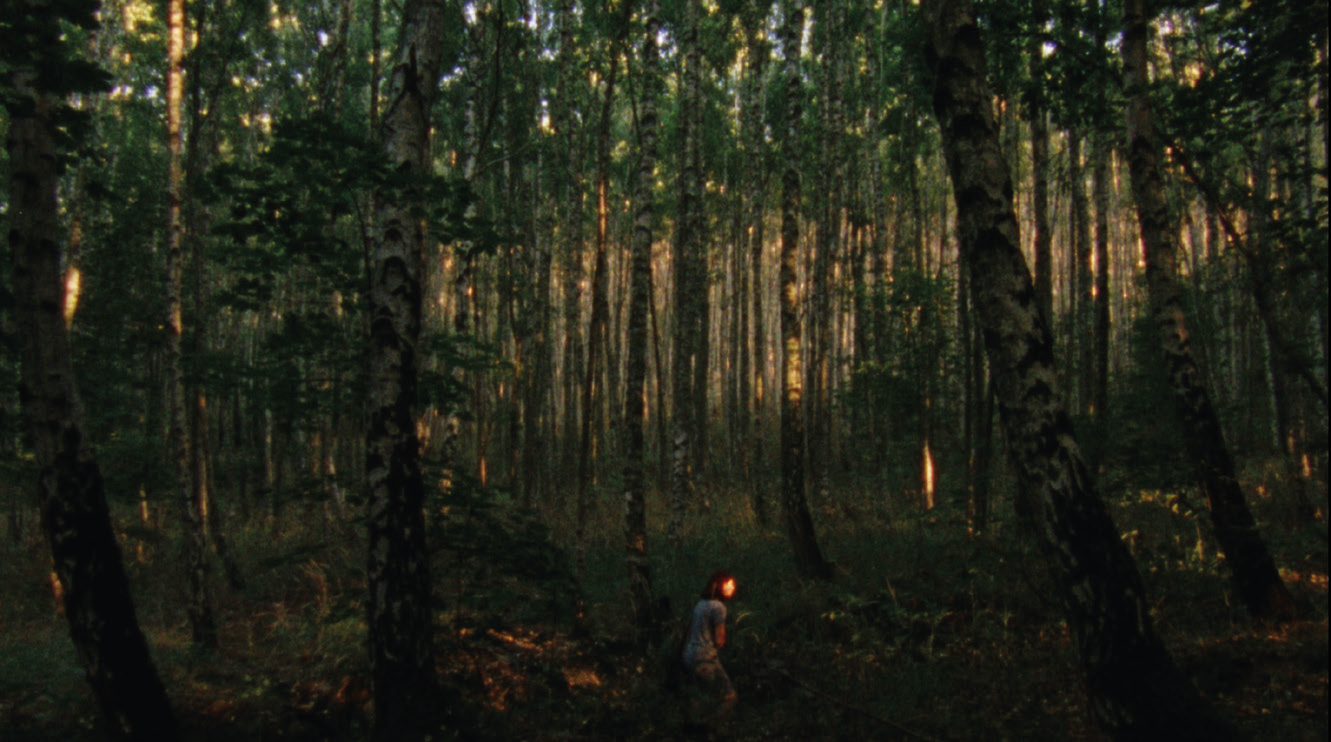 The film invites us into the inner world of translator Anna Karenina, where the love for language is as strong as for the loved ones. Through personal diaries from her travels to France and Italy, we embark on a journey to meet the rhythm of the language of writers Louis-Ferdinand Céline and Ezra Pound. The inner honesty with which she approaches the translations of their work is also manifested in her relations to those closest to her. Care for the old apartment she shared with her late husband, poet Petr Kabeš, and the neverending inner debate over his books and texts only illustrate the depth of their relationship. The subtle touches of Céline, Pound and Kabeš reflect the delicate world of a woman who is “Found by the One She Seeks”.

GEN A: DO WHAT YOU LOVE 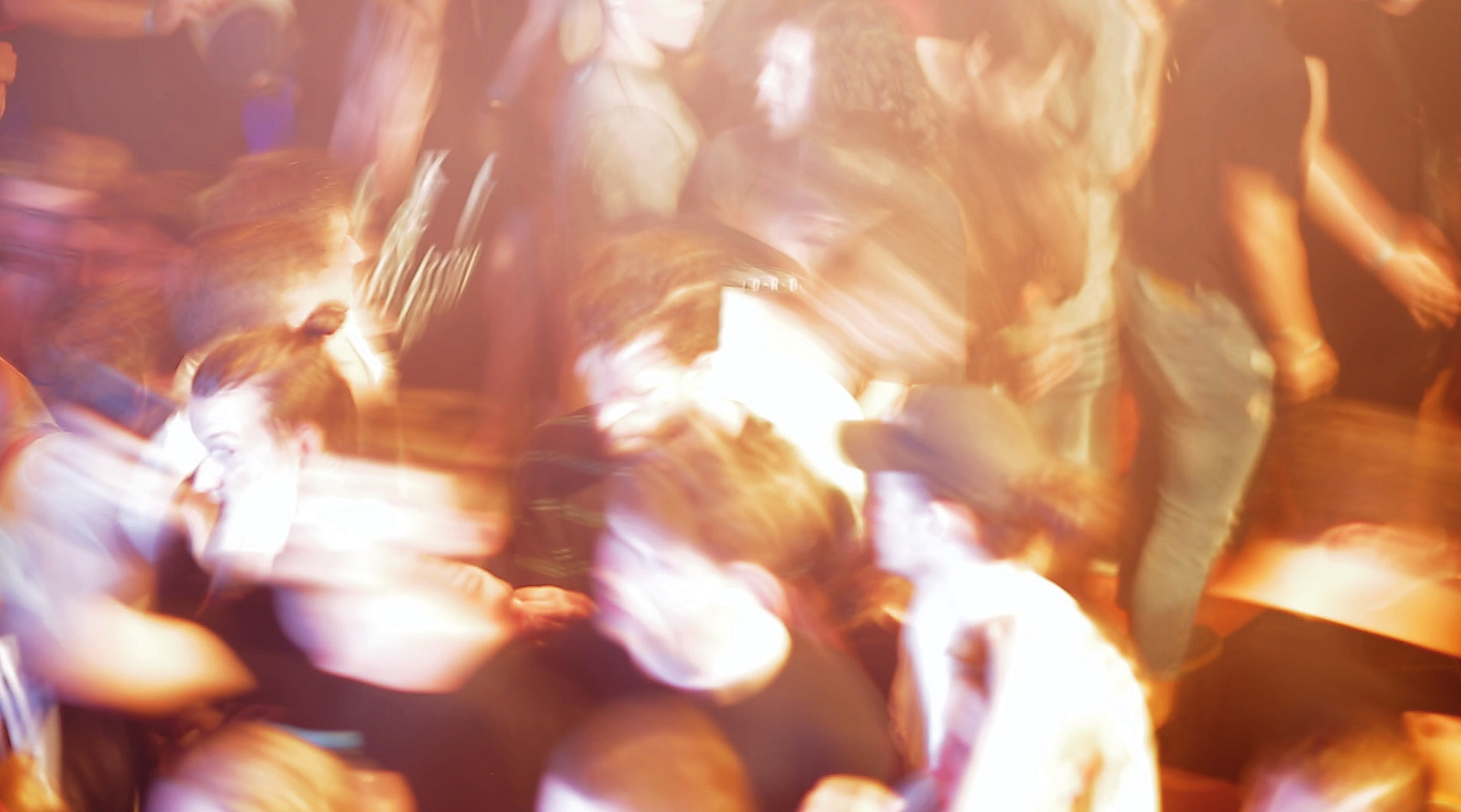 Rap and electronic music brought authentic cockiness to Czech show business and it became mainstream flow in music among young people. Contrary to movies, music is fast and free medium and you can even moshpit to it. Jakub Strach aka DJ NobodyListen is a hip legend among the current generation. He created a whole new community thanks to his Addict parties, which took place in uncommon locations, like industrial zones and abandoned places. What is Jakub doing to stay relevant? Can he deal with the consequences of his past after his face injury? Even though the current motives of rap music may sound simple to many people, DJs and rappers provide a comprehensive message about the current society to the public’s eye. 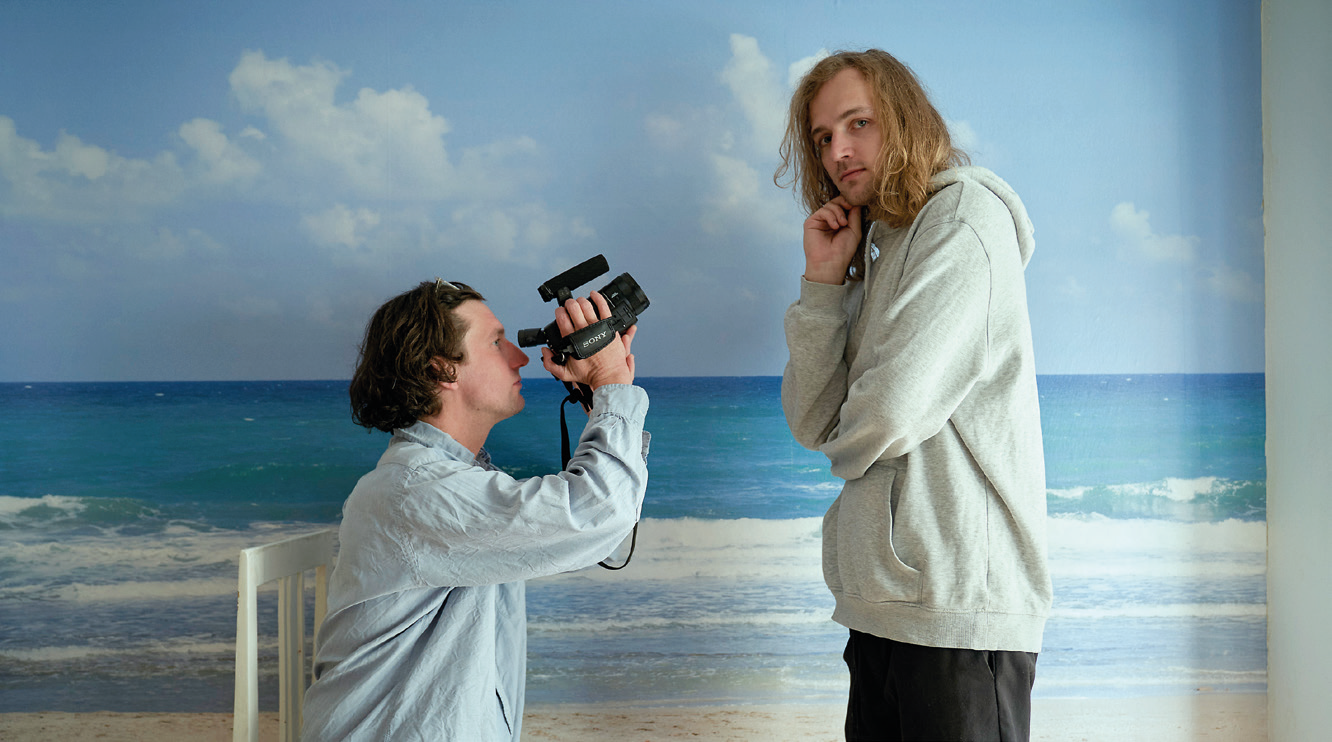 A one-time visit turned into a party, and the party turned into a flatshare. While some people were writing their lockdown diaries, filmmaker Jan Foukal and musician Albert Romanutti (Bert & Friends) used the omnipresent Handcam to make a feature romance about male friendship. The virus that shut the world down became their chance to discover the joy of life. Confined to 38 square meters they created a film enriched with a great deal of humour and brand new songs. Welcome to their home. 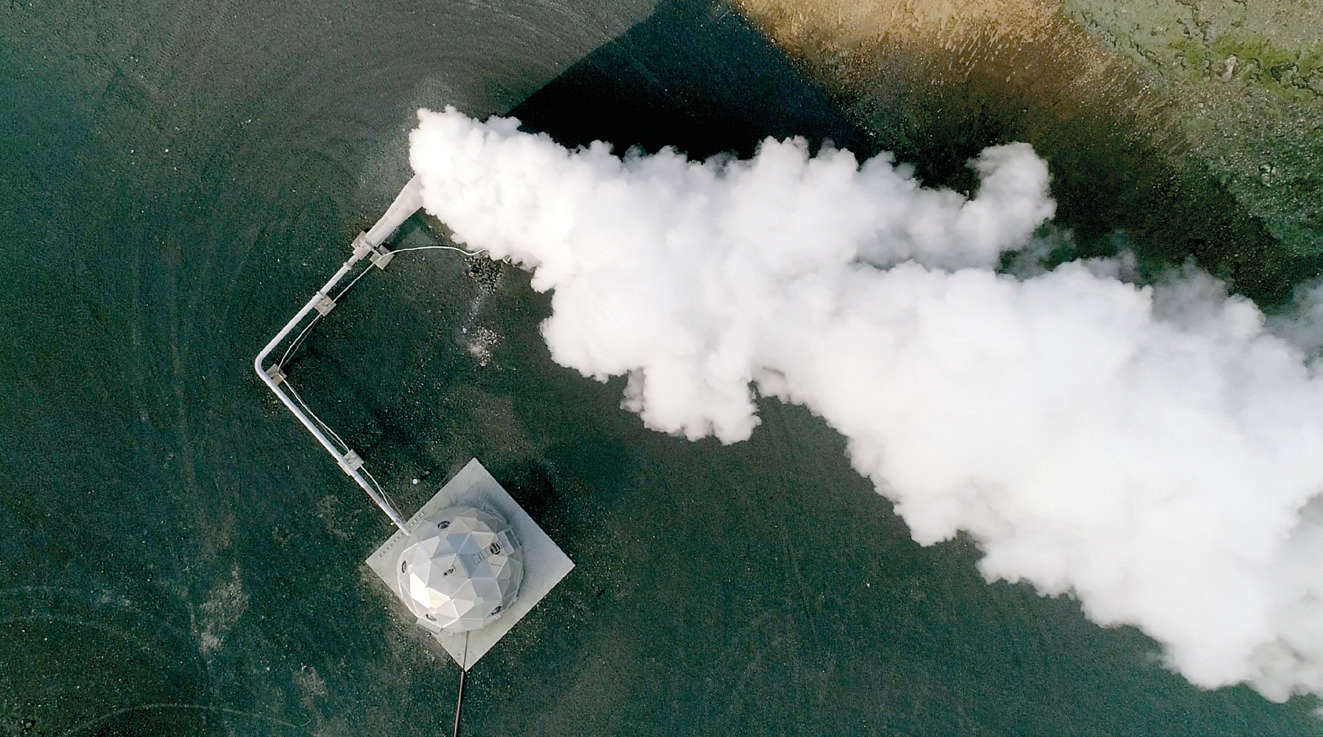 Two musicians, two field recordists and a philosopher venture on a mission to discover the sound of climate collapse. They visit places in the Icelandic and Czech landscapes that have been marked by industry as well as those seemingly left untouched by human activity. Using recording technology, they give voice to the physical places where significant power generating, natural, and political processes are taking place. What testimony does the sound bear to the oppressive climate future? And what does it whisper about us, the Earthlings? 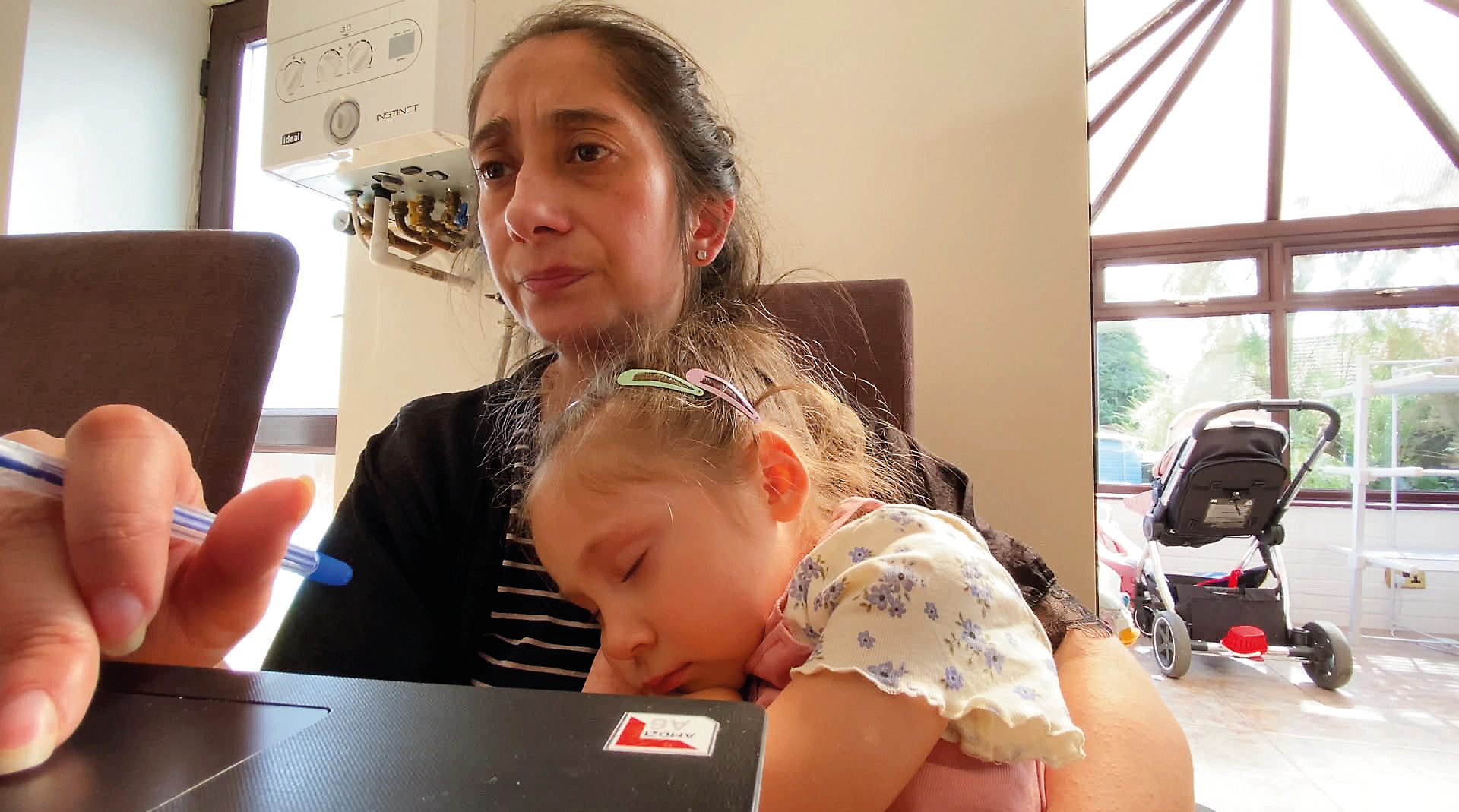 Three Roma people living in England capture their days on camera as their lives are transformed by the combination of Brexit and Covid. Ondřej, who was consigned to a special needs school in Slovakia, wants to study psychology at college and be able to support his family. Denisa, the first British Roma lawyer, has to help migrants affected by Brexit while supporting her parents. Petr has been awarded an MBE for community policing, created community centres and now helps people with Brexit-related problems. When Covid closes Britain down, all three realise that immigrants must find their own resources to survive and are determined to give others the help that they have been given. 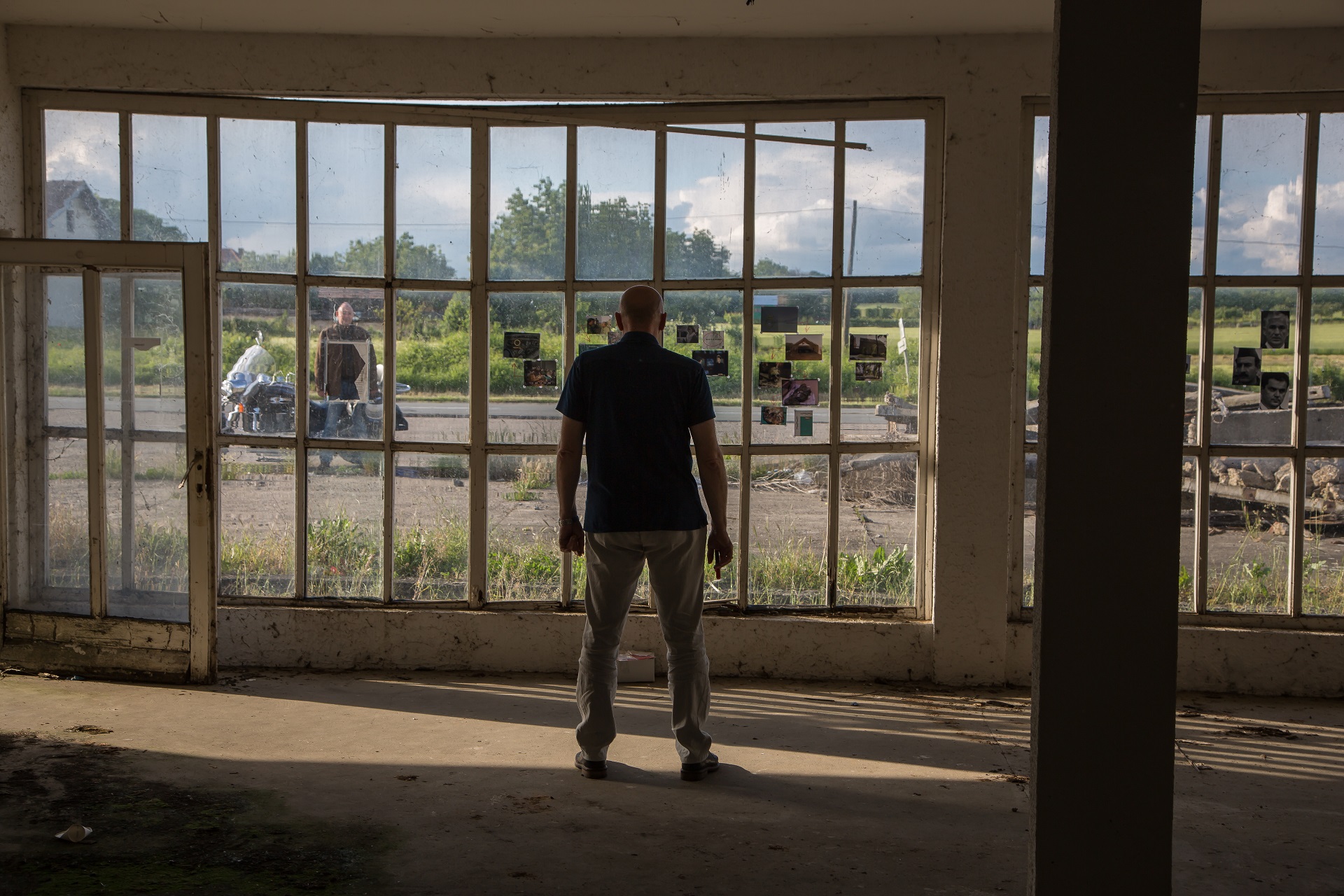 Vladimír Dzuro is the first Czech investigator to have worked for the International Criminal Tribunal for the Former Yugoslavia. He collected evidence against war criminals and hunted perpetrators of ethnic cleansing. The two biggest cases are the Ovčara massacre linked to Vukovar’s mayor Slavko Dokmanović, and the ethnic cleansing committed by warlord Željko Ražnatović Arkan. We join Vladimír Dzuro on his metaphorical and real journey to the sites of investigations in the former Yugoslavia and meet some of the survivors of these cases. What does the landscape of the Balkans look like today, having witnessed fratricidal conflict twenty-five years ago? What happened to the people who still live there and to their memory? What is the purpose and meaning of justice brought from the outside? 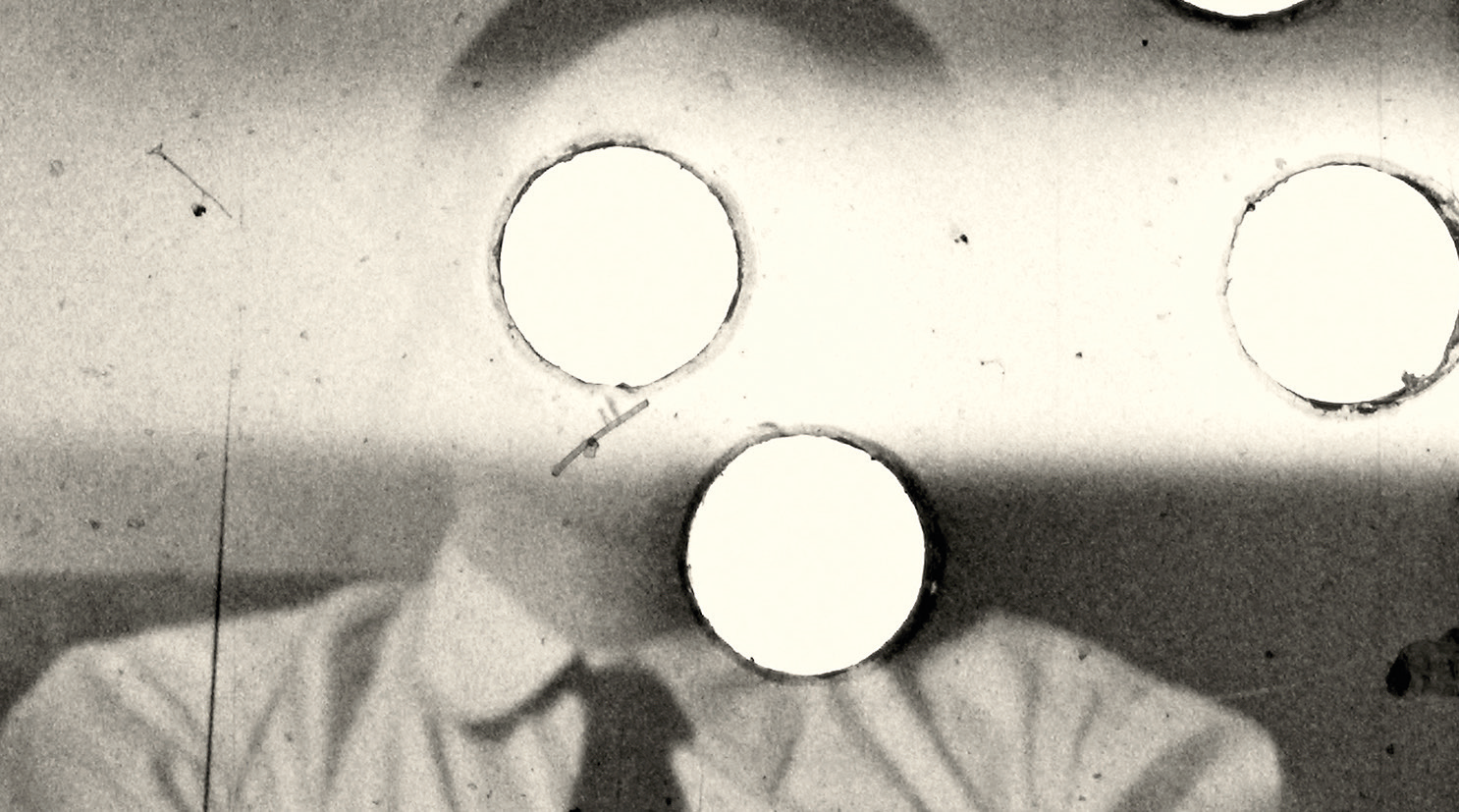 A documentary opera featuring the contradictory life of progressive composer and prominent communist Jan Kapr (1914-88), Stalin award laureate, later banned in socialist Czechoslovakia. As Kapr’s life escalates towards pivotal moments, we follow opera pieces reflecting on these life crossroads that determine the artist’s fate. The film explores the nature of memory and narration, using Kapr’s personal, never before seen amateur films to manifest his humour and desire to leave a mark for eternity. 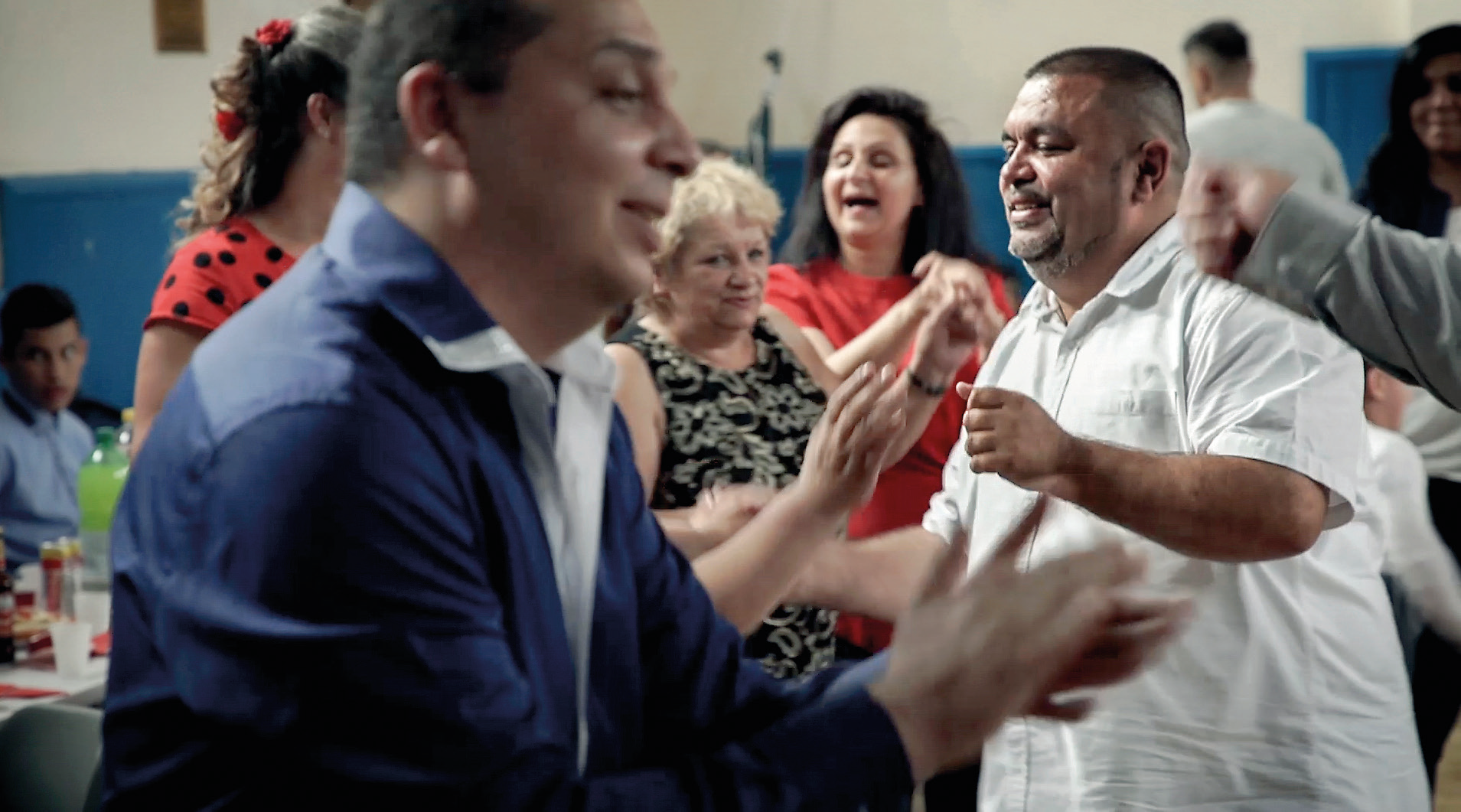 Štefan Pongo is a Roma truck driver. Fifteen years ago, he emigrated from the Czech Republic to the UK with his family to protect them from open racial discrimination. His children have since graduated from university and the family is doing well. Mission accomplished. But hateful sentiments from the old country continue to have an impact. When the Czech president claims that the Roma are work-shy, Štefan gets upset and starts producing video blogs, organizes anti-racism demonstrations and provides humanitarian aid to Roma settlements in need. All this comes at the cost of time spent with his family. Štefan’s spirited wife, Iveta, has had enough. 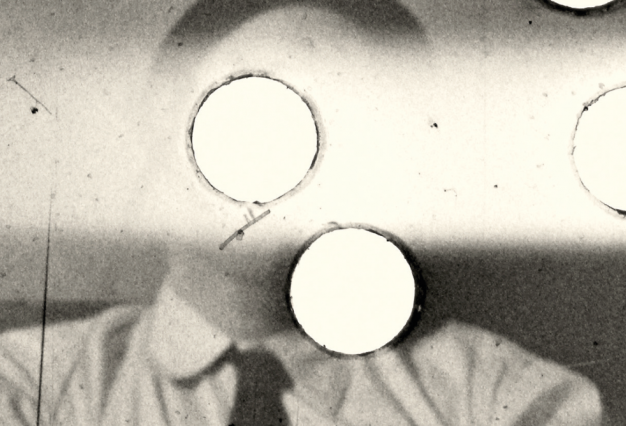 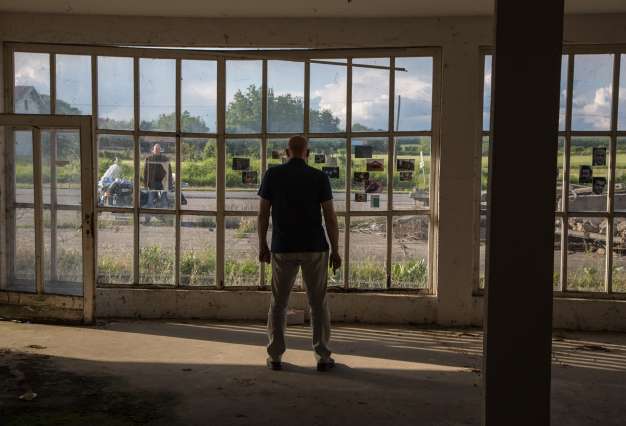 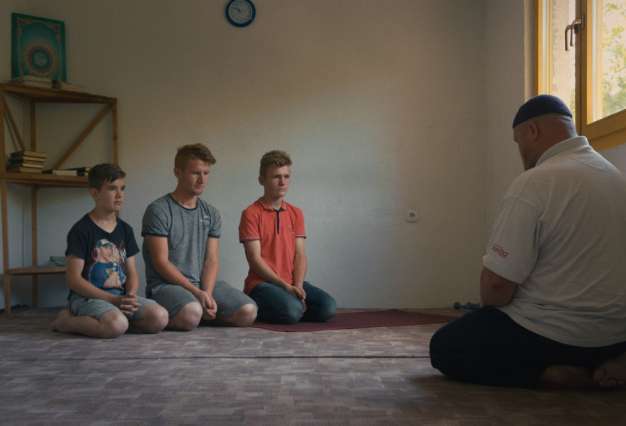