Prison can take many shapes. For the main character in the short film Imprisoned, it’s the feeling of inadequacy. For young Czech filmmaker Damián Vondrášek, Imprisoned is a breakthrough.

The 27-minute drama Vondrášek made in his second year at FAMU earned him a nomination for the national Magnesia Award for the Best Student Film and a spot in this year’s Future Frames program at the Karlovy Vary International Festival. With this also came a surge of attention from Czech media, ever on the lookout for the new, hot talent.

The director describes the story of his film as follows: “A day in the life of a man who finds himself in a complicated, dramatic situation. He has lost his job at school and his disciplinarian father-in-law is always nagging him about being unemployed. One way out could be a job in prison, so he visits the jail to find out what the work would require. Then he has to make up his mind whether he wants to take the job, even though it doesn’t correspond with his personal nature and beliefs.” 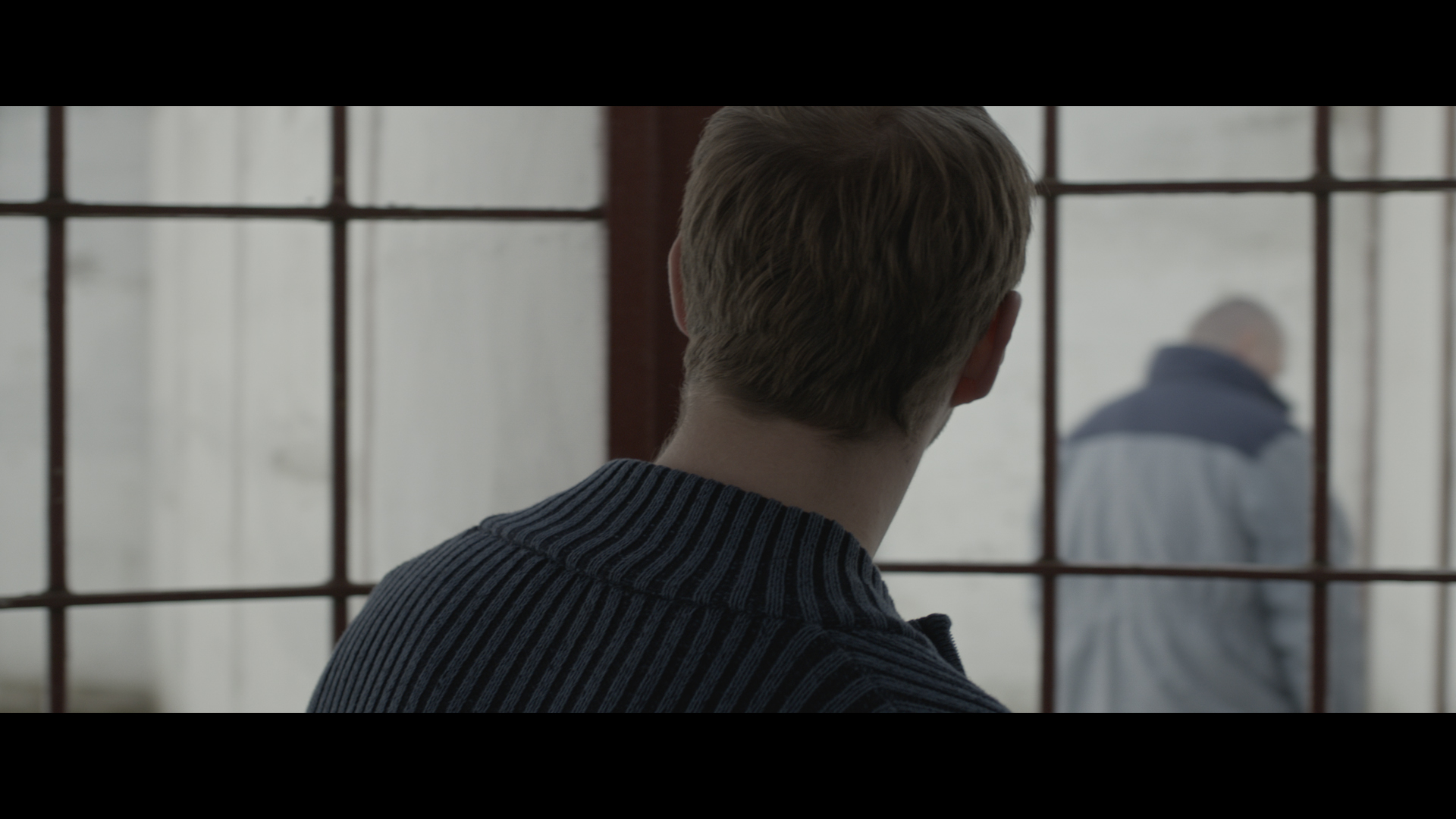 Not every second-year student shoots a film of such length and ambition. “It was supposed to be 15 minutes long. We went over on both time and budget. But the conditions are favorable for students at FAMU. We have a basic budget, technical facilities, so you have a base to build on. But of course, if you want to shoot something a bit bigger, with extras, you also need some money outside of school. Imprisoned was financed with a combination of school money, a school grant, the prize money from FAMUfest for my previous film, plus the crew’s own personal contributions,” Vondrášek says.

He says he first came up with the story idea, then with a location that would intensify it. “At first, the idea of shooting a student film in a real prison seemed impossible. But we were clear that the film needed an authentic environment,” the director says.

The problem was, no jail wanted to allow a student film crew into their facility. “Our executive producer
wrote to practically every Czech prison. Finally, we had a breakthrough when I realized my roommate’s
father was the director of a prison. Once the staff understood that we weren’t out to make an action movie about a great escape, they became more cooperative,” the director said during the after-screening Q&A at Karlovy Vary. 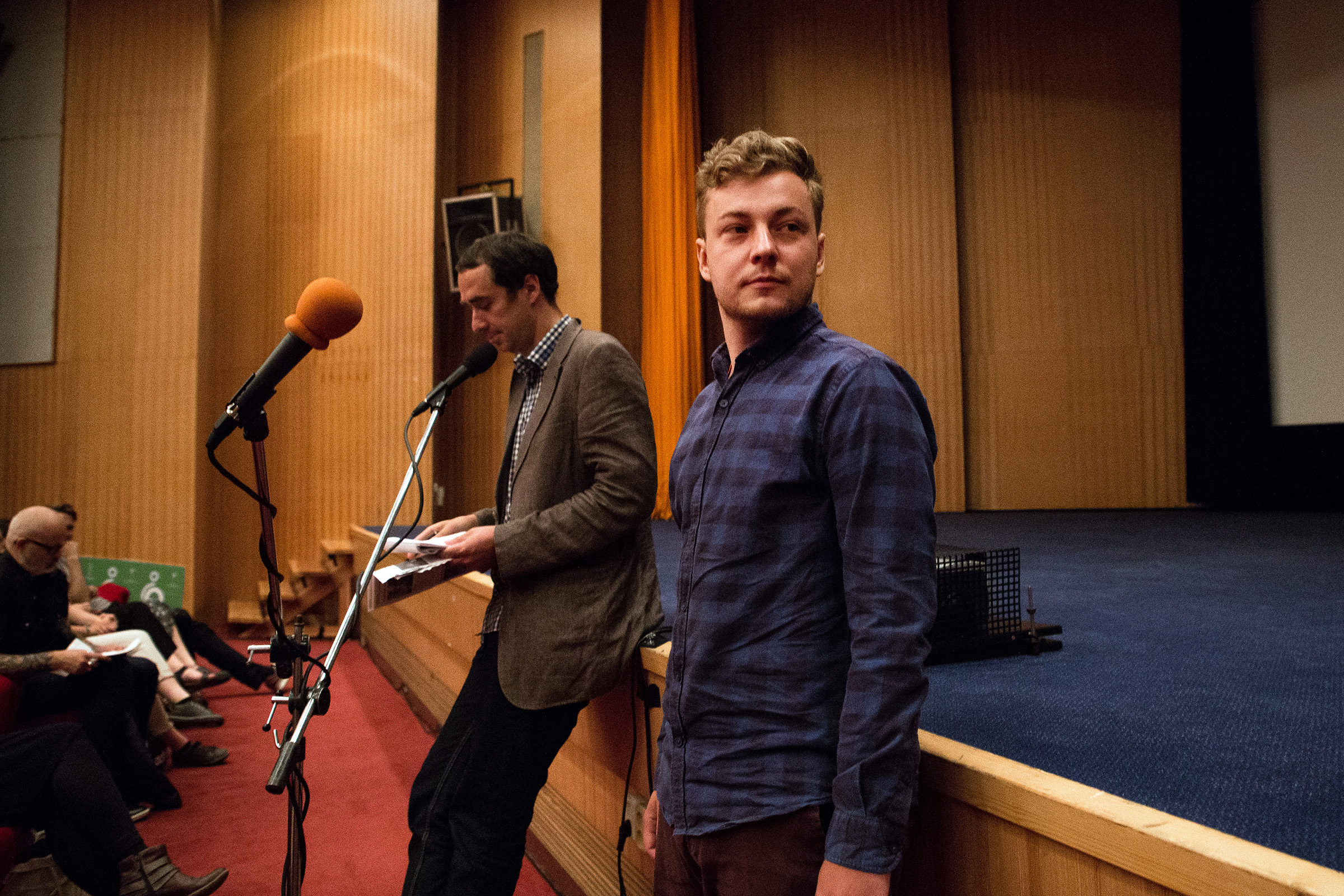 After a few months of negotiations, the young filmmakers were even able to choose their location. The final result in the film is a combination of three different Czech prisons, out of ten Vondrášek visited. Altogether the crew spent more than a year working on the project. “Shooting itself took nine days,” he says. “A big part of the process was editing, which took four months.”

Imprisoned screened at FAMUfest, where it won the award for Best Cinematography, and the Czech Film Center selected Imprisoned as Czech candidate to the Future Frames section. Then KVIFF artistic director Karel Och and his programming colleague Anna Purkrábková chose it for the final 10 out of 26 films by students or graduates of European film academies.

Future Frames is an Intense Experience

“I was really surprised at how many activities we had on our schedule. It was definitely very beneficial for us,” Vondrášek says of his time at Karlovy Vary. “I can name several things in terms of new information and experience, but still the biggest thing I’m grateful for was the chance to present the film at an A-level festival. We also had some press meetings, which is still very new for me, but I guess it’s important to learn how to deal with. It was a great, intense experience.”

During the July festival, he met nine other early-career European filmmakers. “Since most of the participants are finishing up their studies and entering the professional world, we mainly talked about opportunities for emerging filmmakers in our countries. Plus the number of films produced in our countries per year and the approach of national funding institutions and how it affects our chances,” Vondrášek says. 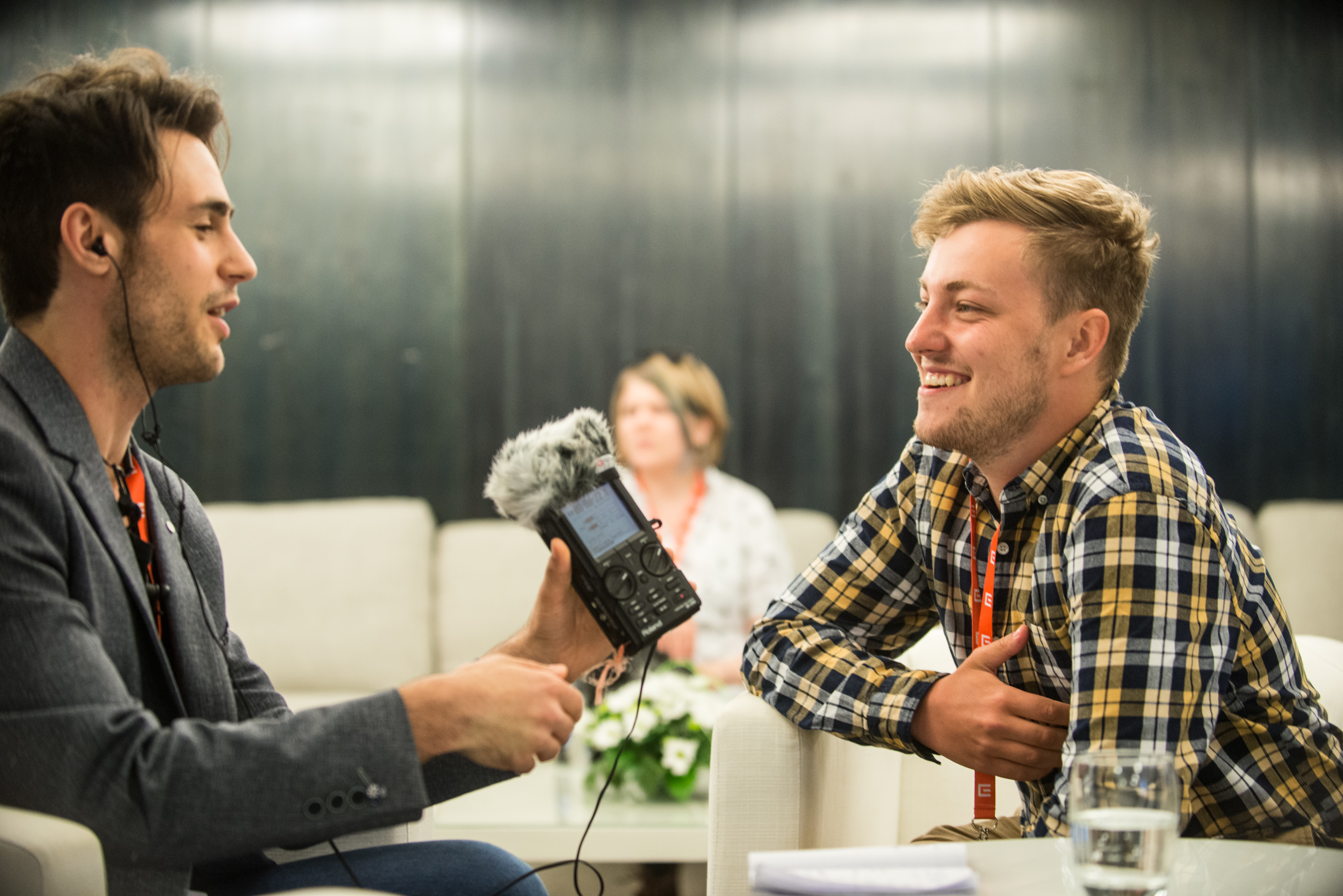 “In that sense, the recent situation in the Czech Republic seems quite promising. I hope this positive trend will lead to more international attention for new Czech films,” he adds. Vondrášek is currently working on his graduation film, and notes that FAMU has recently started supporting festival attendance for more of its students’ works.

Of the nine other Future Frames talents at Karlovy Vary, he says the only one he knew previously was Michal Blaško from Slovakia, who collaborates with FAMU. “His Atlantis, 2003 is a great film, and I’d seen it before the festival. The film that made the biggest impression on me at KVIFF was Ljubljana – München 15:27 by Katarina Morano from Slovenia. I admire the way her storytelling is so intimate and image-oriented.”

Vondrášek says Future Frames also gave him a chance to meet and talk with Denis Côté, the distinctive Canadian director of Bestiaire and Vic + Flo Saw a Bear (awarded the Alfred Bauer Prize at the Berlinale). “I didn’t know much about him before, except that he’s very original. But he was really open and friendly. His main advice was not to get too obsessed with funding. To be flexible and try to find alternative ways,” Vondrášek says. Asked to name the filmmakers that most inspire him, the young Czech director cited Romanian Corneliu Porumboiu (12:08 East of Bucharest) and Dane Tobias Lindholm (A War).