The 70th running of the San Sebastian International Film Festival will feature Petr Václav’s most accomplished work to date, Il Boemo, an ambitious bio-pic about the forgotten pioneer of opera Josef Mysliveček.

San Sebastian, a coastal city in the Basque country of northern Spain, plays home each year to one of the world’s most prestigious and internationally recognized film festivals and industry events, focusing on Latin American and Spanish cinema. Yet neither does the festival overlook European cinema, featuring works by prominent directors and particularly in languages other than those that tend to dominate the continent.

The last time a Czech film walked away triumphant from San Sebastian was in 2005, when Bohdan Sláma’s drama Something Like Happiness netted the Golden Shell for Best Film. Not only that but Aňa Geislerová, who played a supporting role in the film, also won the Silver Shell for Best Actress. There is a chance this milestone achievement may be repeated at the festival’s jubilee 70th edition, where Petr Václav’s long-awaited period bio-pic Il Boemo will have its world premiere in the main competition. 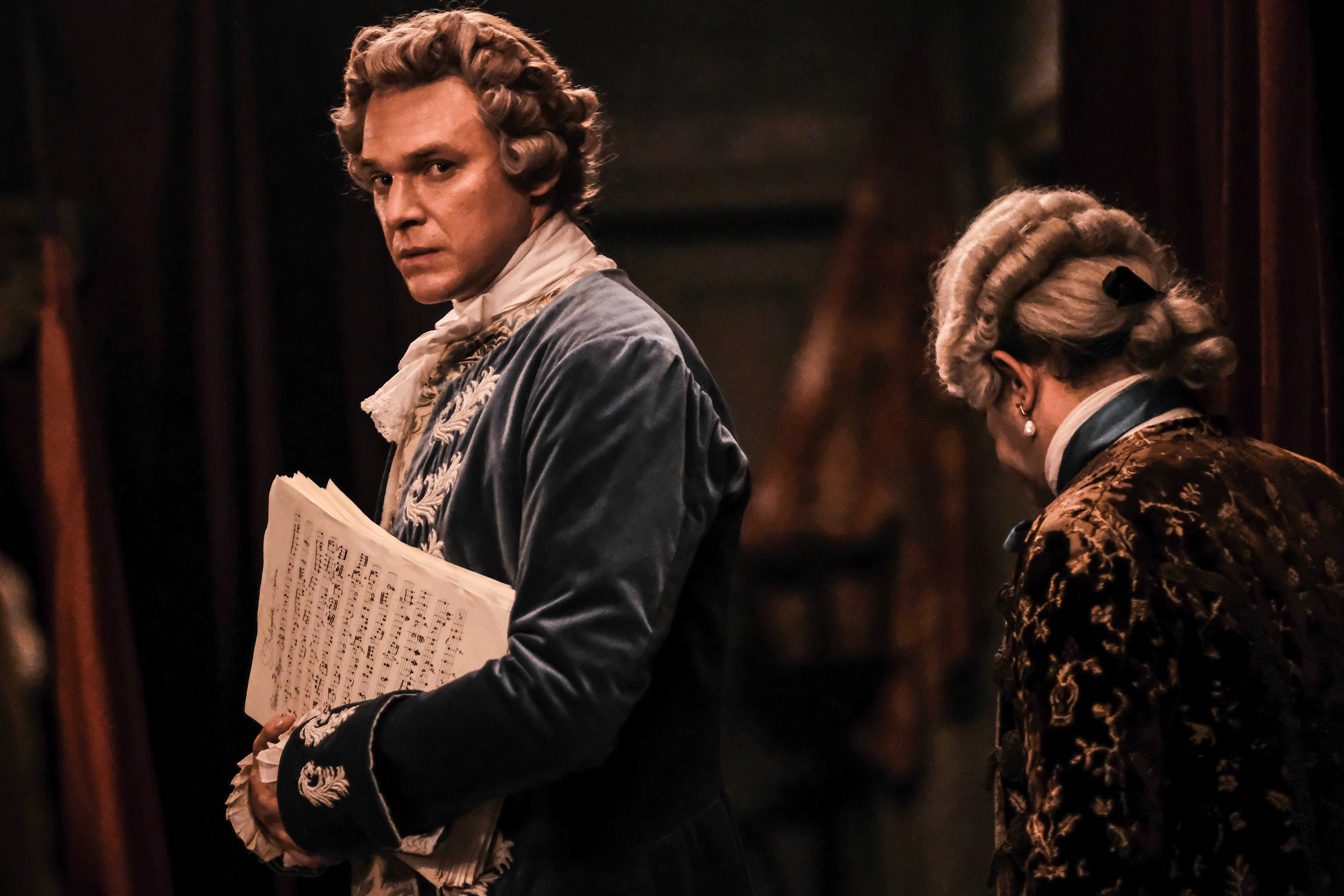 Petr Václav is one of the most prolific directors in the Czech film industry. In his latest film, he picks up where he left off with his social drama The Way Out, continuing to write and shoot stories about characters on the fringes. Il Boemo, his biggest undertaking to date, also follows a protagonist on the margins, but the margins of collective memory rather than those of life.

Regardless, Il Boemo represents a dramatic shift in Václav’s career. It is his first costume drama and a bio-pic, and the scale of the production is unparalleled in his filmography. In addition to being his most ambitious and largest film yet, it is also a standout in Czech cinema as a whole.

The director has long been fascinated by Josef Mysliveček (1737–1781), the Czech composer who rose to stardom in eighteenth-century Italy, writing thirty operas and ten oratorios, as well as symphonies, concertos, overtures, chamber music, and choir music. This interest of Václav’s also extends to the composer’s legacy and the intriguing body of work he left behind, an integral part of which is the story of his meteoric rise and fall into oblivion.

Through the subtitle, More Famous Than Mozart Yet Forgotten, Václav emphasizes the significance of the composer’s influence and artistic contribution, while indicating the impact of his omission from history. Not only does Il Boemo recreate Mysliveček’s extraordinary professional and eventful private life, but it also restores his forgotten reputation as a titan of opera, who was both friend and teacher to the young Wolfgang Amadeus Mozart.

The director refers to Mysliveček’s life as an Icarian story. His music itself plays a vital role in the film, and meticulous research was carried out during the decadelong process of assembling the project, including the rediscovery of works 250 years old, which were recorded for the film’s score by the Czech early music orchestra Collegium 1704. Halfway through the preparation works, Václav and producer Jan Macola of Mimesis Film created the feature-length documentary Confession of the Vanished (2015). Serving in part as a test run for the narrative film, the documentary was based on footage from rehearsals of Mysliveček’s opera L’Olimpiade by Collegium 1704 and a reconstruction of the composer’s life. 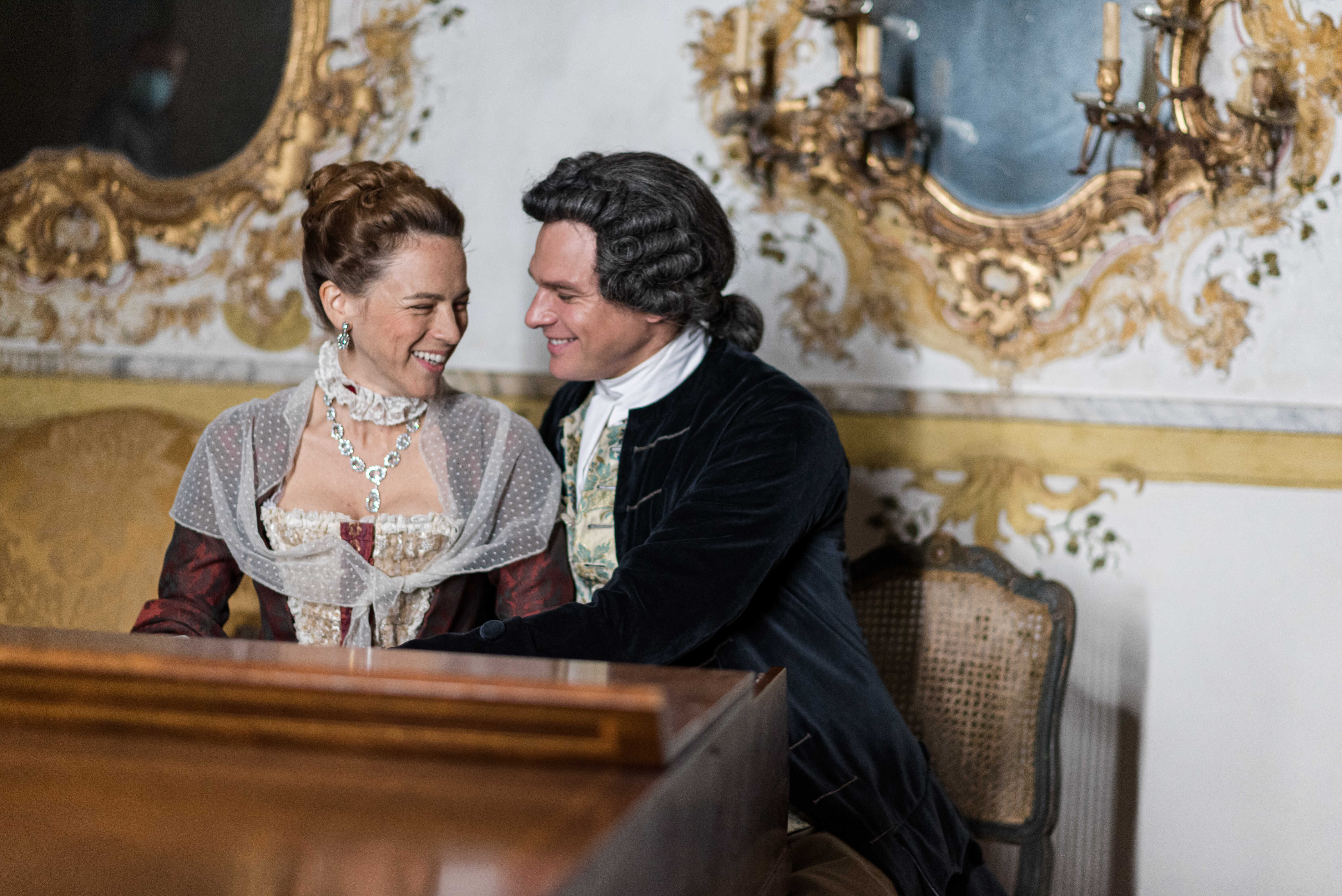 Il Boemo was selected as a top script in the Czech Film Foundation’s annual competition for unproduced domestic scripts in 2014. Even before supporting Václav’s script, however, the foundation had already recognized the potential of the story idea, granting it an award back in 2011.

The film opens with a disease-stricken Mysliveček continuing to work in spite of his deteriorating health, the music itself serving to highlight the peak of his career, as dutifully documented in the story line. Later in the film we learn that Mysliveček was the son of a Czech miller and abandoned the family business, taking a leap of faith in order to pursue music in Italy, in defiance of not just his parents but local customs as well.

Václav has singled out Stanley Kubrick’s Barry Lyndon and Miloš Forman’s Amadeus as his cinematic references for Il Boemo. With regard to the first, he notes the camerawork, lighting, and narrative style of Kubrick’s 1975 film, set over a long period of time. In the case of the latter, Forman’s 1984 fictionalization of the rivalry between Mozart and Salieri intrigued Václav in terms of the casting, the shooting of the opera scenes, and the moments depicting the composer at work and his relationship to the music.

“Amadeus was a revolutionary film, taking a deconstructed, apologetic, academic look at a famous artist. More than thirty-five years after the premiere of Amadeus, now with a new protagonist and in an Italian setting, we similarly wish to present an examination of the living conditions of musicians in the eighteenth century,” Václav elaborated.

Czech actor and singer Vojtěch Dyk portrays Mysliveček, speaking in Italian for almost the entire film. Václav shows us how, rather than climbing a career ladder, the composer has to navigate the social circles and local politics of the period to continue creating music and hustling for opera commissions. Every new opera Mysliveček writes seems to surpass his preceding work, leading his reputation to spread through Italy and beyond, attracting ever more influential patrons.

In the upper echelons of Italian society, Mysliveček soon becomes known as Il Boemo (later he is called by the more noble sobriquet Il Divino Boemo), since his Czech surname is hard to pronounce for locals. Although Il Boemo means “the Bohemian” in the sense of “a person of Czech nationality,” it also, as in English, carries the meaning of free-spirited, a characterization that fully applies to the way the composer lived his life. And in portraying the protagonist’s passions, the director does not flinch from showing us his vices.

A frivolous gambling habit led Mysliveček to accumulate crippling debts, and his numerous trysts led to his contracting syphilis. Yet, despite his “rock star” lifestyle, the film also portrays the composer’s more consequential relationships with the opposite sex, romantic and professional alike.

Despite reaching superstar status in Italian opera, Mysliveček’s life showed the same operatic quality as his works, which resonates throughout the film right up to the tragic finale. 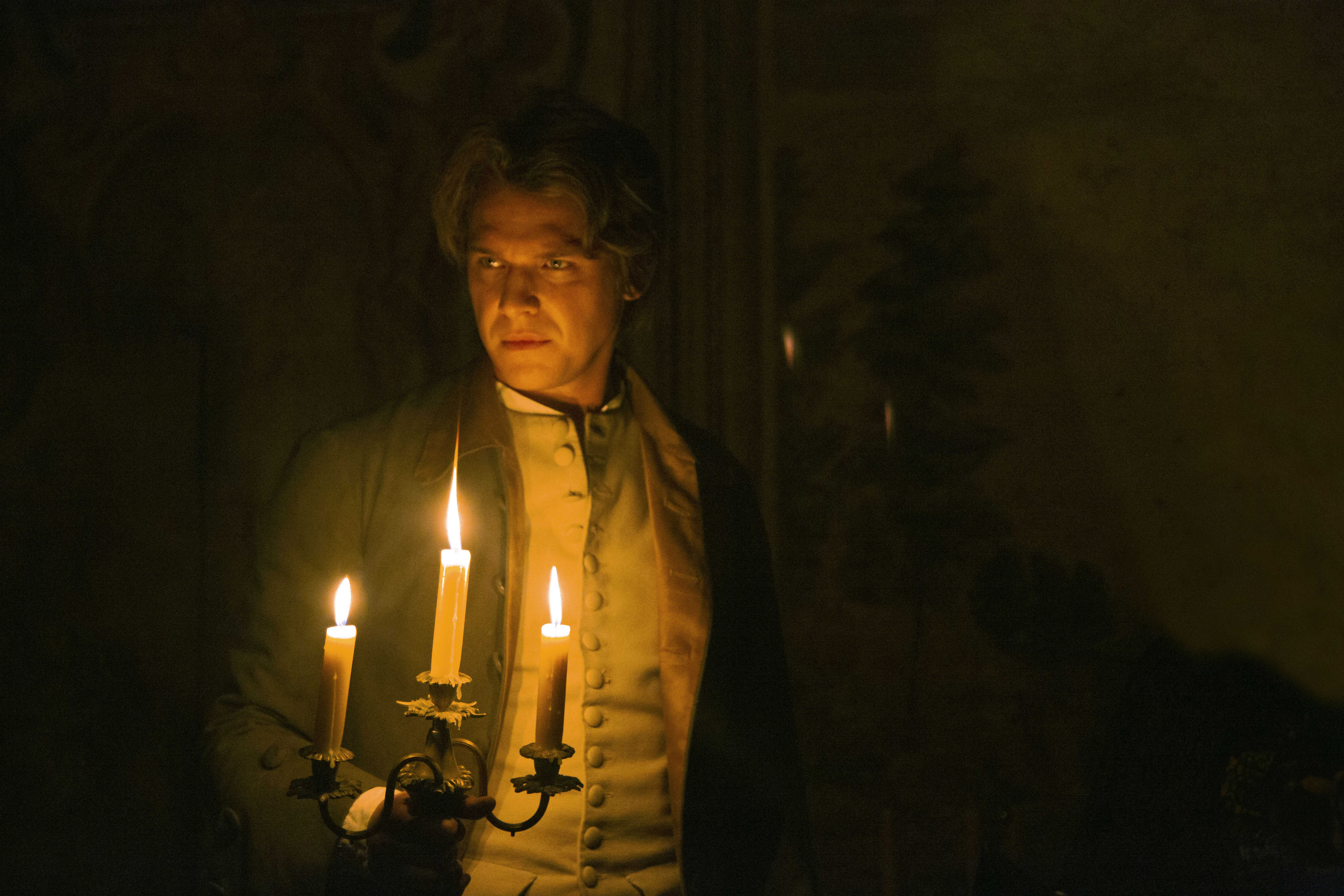 Considering the scale of Il Boemo, its attention to detail, and its meticulous approach to the period and subject matter, it came with a substantial price tag, not only in the research stages but also in production. With a budget of €4.6 million, Václav’s film was in a completely different ballpark from the typical Czech production.

Czech Film Fund supported the production with €912,000, the largest amount ever granted to a domestic project. The Prague Film Fund, the Pilsen Region, the South Moravian Film Fund, the Italian Ministry of Culture, the Slovak Audiovisual Fund, Arte, and Creative Europe – MEDIA all supported the production as well. Il Boemo’s production values exceed the norm for Czech cinema, putting the project on a par with works of world cinema and European arthouse films.

Although Il Boemo is a Czech-Italian-Slovak film financially, it is largely Italian-Czech, given that the story takes place in Italy, where it was shot on location, and the characters overwhelmingly speak in Italian. The set designs — created by Czech architect Irena Hradecká and Italian production designer and art director Luca Servino — painstakingly reflect the luxury and opulence of the eighteenth-century Italian aristocracy, the milieu in which Mysliveček created his art, socialized, and rose into the collective consciousness.

Spanish cinematographer Diego Romero, a frequent collaborator of the director Roberto Minervini, served as Václav’s director of photography. With his exquisite lighting, he elevates the scenes into tableaux and shots that show a keen aesthetic awareness of the baroque period, with depth, color, and composition. Il Boemo is largely set in Italy, with scenes shot around Venice, Genoa, and Como, as well as in baroque opera houses. Despite COVID and numerous shutdowns complicating the already arduous production, the crew succeeding in creating magnificent exterior scenes.

Just as music is integral to a bio-pic about a composer, costumes play a crucial role in Il Boemo as a period drama. Featuring a wealth of captivating costumes, the Italian designer Andrea Cavalletto, who worked on The Tale of King Crab and Martin Eden, showcases the era’s lavish fashion in great detail. Cavalletto worked closely with makeup artist Andrea McDonald, a veteran of such large-scale films as The Painted Bird, Charlatan, and the Oscar-winning Jojo Rabbit.

Aside from the international crew, the film has an international cast as well. Given that opera is the focal point, supporting roles are played by opera talents Philippe Jaroussky, Emöke Baráth, Raffaella Milanesi, Krystian Adam, and Juan Sancho, appearing alongside respected actors Elena Radonicich, Barbara Ronchi, and Lana Vlady. 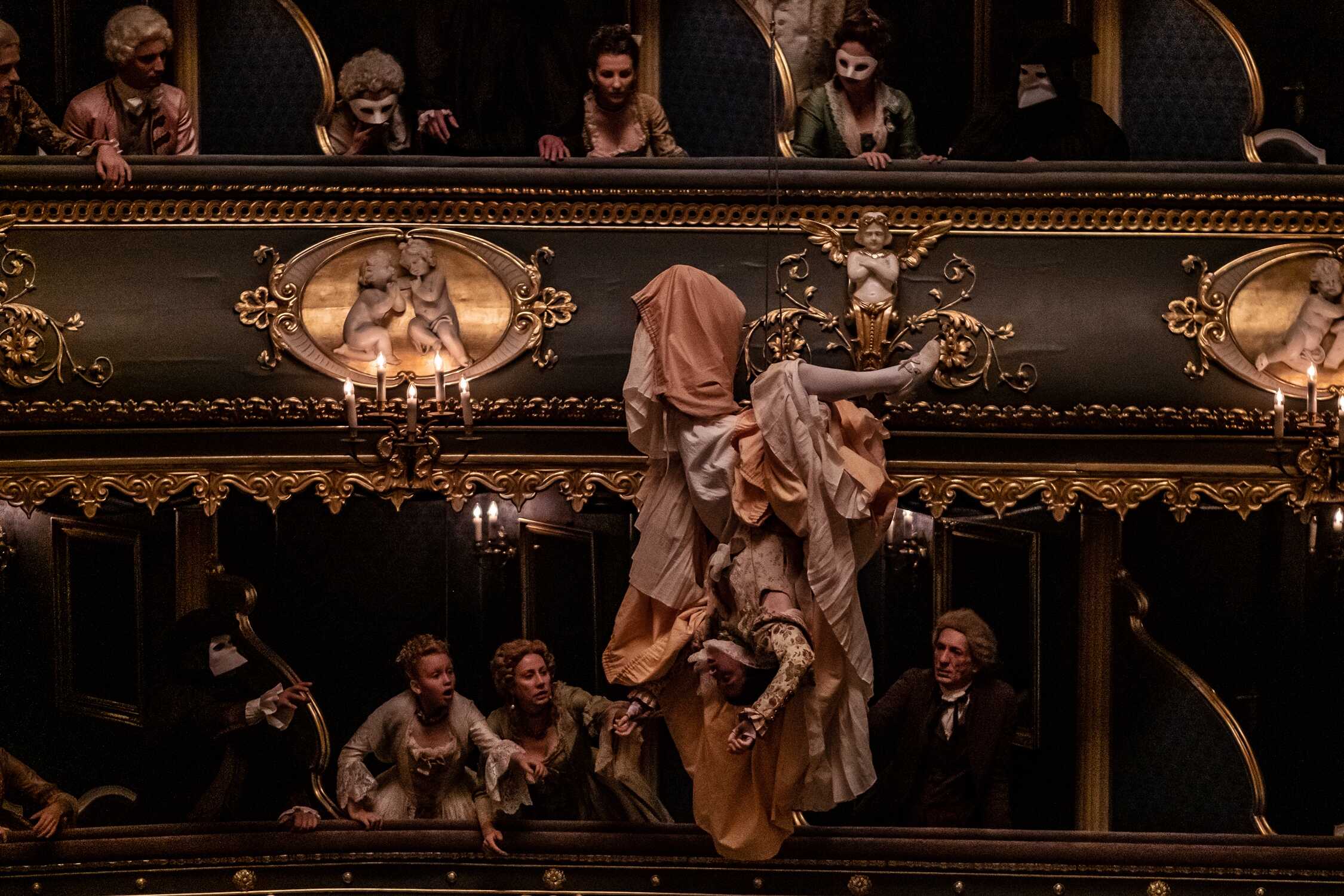 Over two and a half centuries have passed since Josef Mysliveček’s music was last heard by anyone. Thanks to the internationally acclaimed early music orchestra Collegium 1704, who performed the composer’s newly unearthed librettos and rediscovered compositions for Il Boemo under the baton of Václav Luks, moviegoers have the opportunity to hear the works in renditions faithful to the original sound.

Even if Mysliveček had arguably the most illustrious career ever of a Czech artist outside the Czech Republic, and the greatest success of a foreigner in the eighteenth-century mecca of Italian opera, Václav’s epic bio-pic still isn’t enough on its own to resurrect interest in him. So the film’s release is being accompanied by the publication of two books about Mysliveček, an album of his violin concerto will be released prior to the premiere, and Collegium 1704 performed his oratorio Abramo ed Isacco, considered a highlight of the composer’s career, at the prestigious Salzburger Festspiele on July 23. In addition, among other projects celebrating Mysliveček’s life, work, and legacy, there are plans for several educational trails in Prague, and a sort of spin-off project, with ambitions similar to those of Václav’s film, is being prepared in a Czech-Slovak-French-Italian coproduction of Mysliveček’s opera Calliore.

Truly a comeback of superstar proportions. 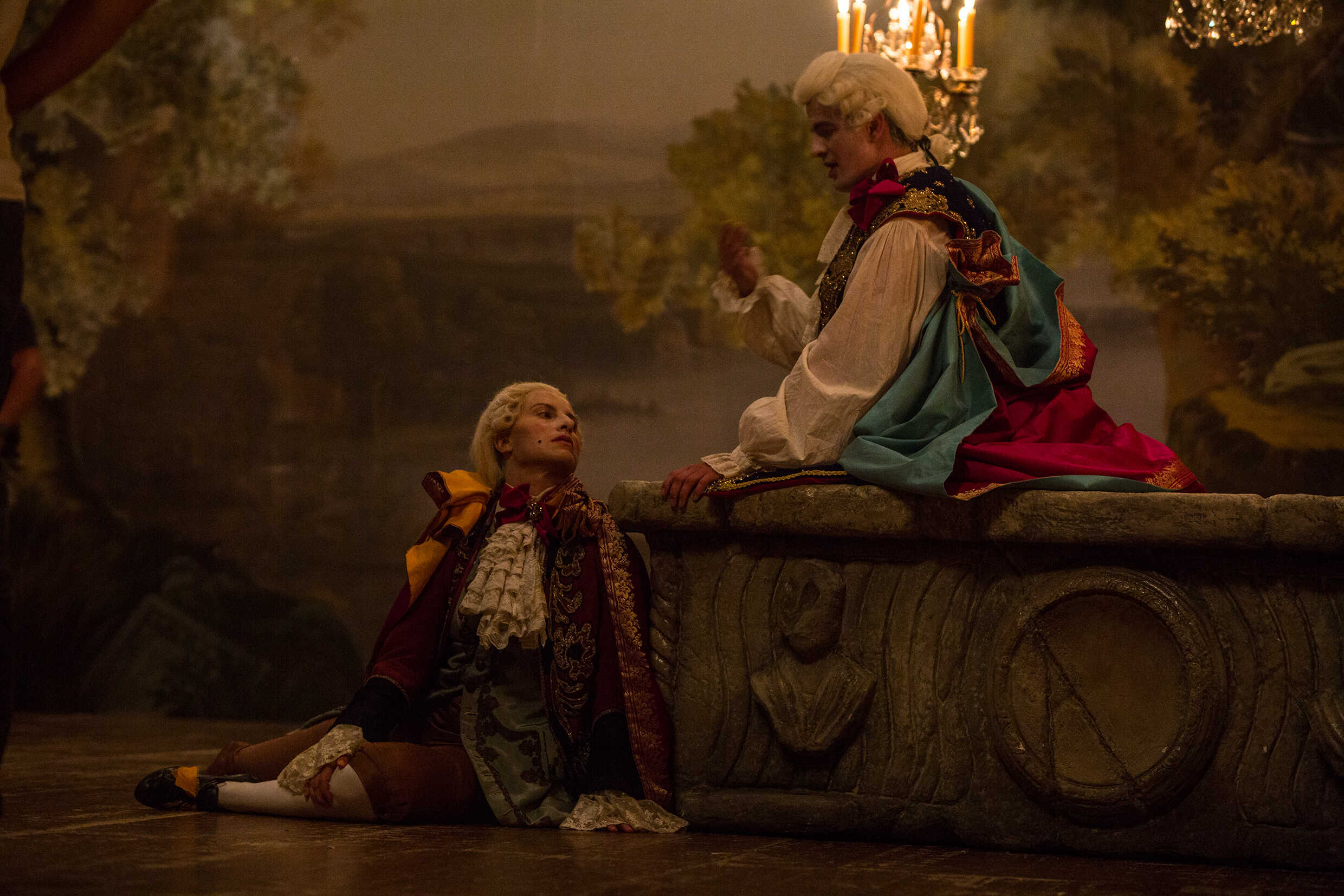