As the 52nd running of the International Film Festival Rotterdam (IFFR) opens the 2023 festival season in Europe, January 25 to February 5, it will be the first full in-person edition under the new leadership of artistic director Vanja Kaludjercic.

The Dutch film gathering is acclaimed for featuring auteur and progressive cinema that verges on the avant-garde, and the festival’s programming strands have customarily included Czech cinema. Happily, this tradition has not changed with the arrival of the IFFR’s new programming team.

Swan song of a surrealist master

This year sees legendary filmmaker and artist Jan Švankmajer returning to the Dutch harbor town that so warmly welcomed him on his previous visits—some of which even appeared in the final cut of The Alchemical Furnace, directed by the tandem of Adam Oľha and Jan Daňhel and presented in world premiere at IFFR in 2020. Švankmajer revisits Rotterdam with his swan song, Kunstkamera, his last feature-length documentary after Insect.

Kunstkamera—a spiritual sequel to The Alchemical Furnace, which showed glimpses of a sprawling collection of art objects and fetishes—focuses solely on the collection of Eva and Jan Švankmajer, cataloging the bizarre, surreal, and macabre artworks the creative couple has built throughout their lifetime and installed in a former Renaissance granary in the village of Horní Staňkov.

The filmmaker himself guides viewers through his personal Wunderkammer, providing an “unmediated” effect, disregarding aesthetics, with a rawness akin to subconsciousness and “affinities with magical practices”—“a product of madmen.”

The theatrical cut of the film runs 51 minutes. IFFR has decided to screen the director’s version, a 113-minute-long exploration of curiosities that showcases the filmmaker’s trademark sense of humor. 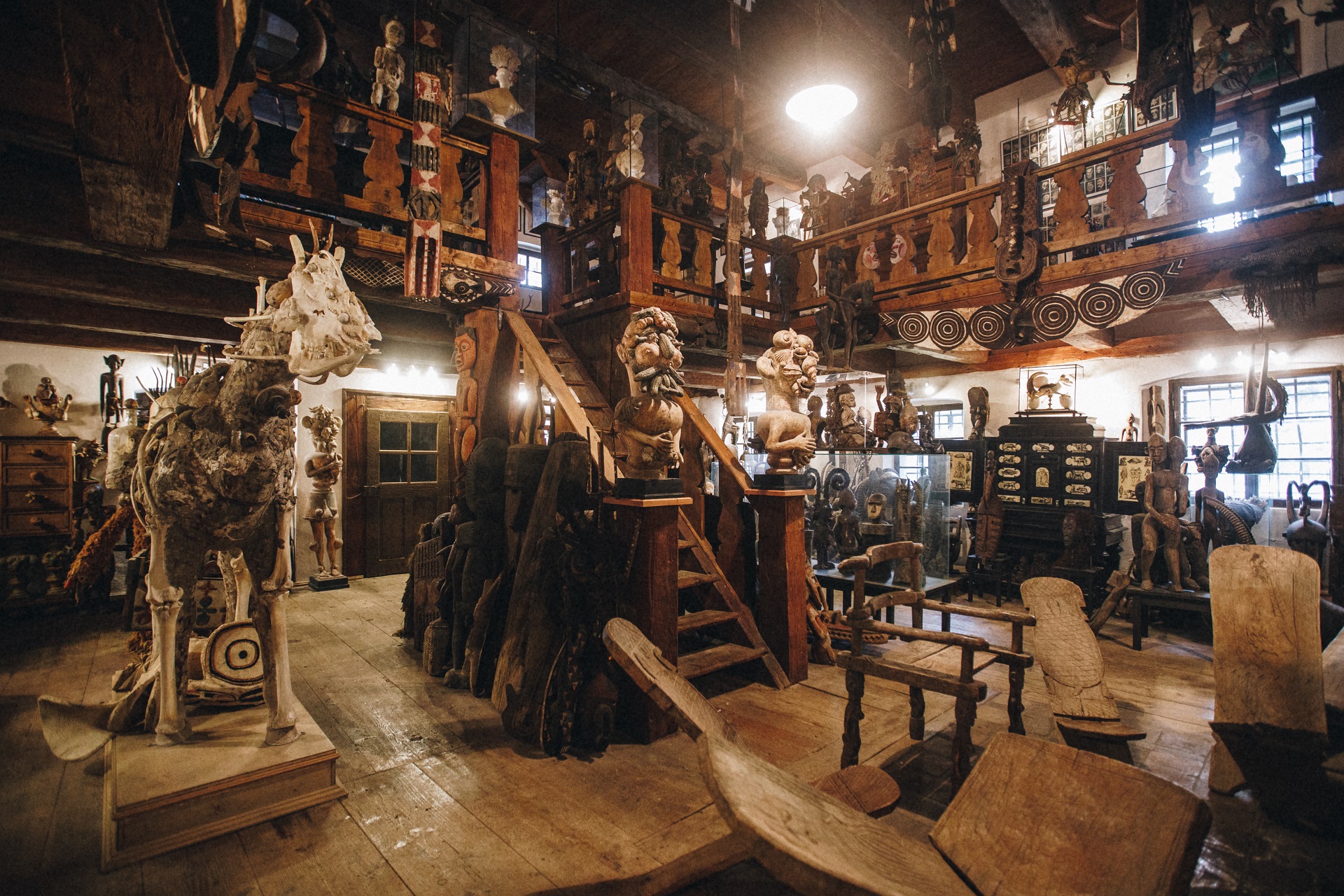 Kunstkamera is divided into chapters, each one devoted to a particular type of collectible. “Exotics” showcases African masks and fetishes. “Funeralia and Horribilia” presents sculptures of Fang and Bakota ancestors, along with Czech folk reliquaries from the 19th century.

Švankmajer’s interest in hermeticism is represented by “mirabilia and mysticism,” artworks inspired by alchemy, drawings by mediums, and the filmmaker’s own fetishes. The collection also entails “vetustissima,” an assortment of ceramics, antique furniture, and furniture custom-made for the filmmaker’s kunstkamera. Followers of Czech surrealism won’t be surprised to see that eroticism is a leitmotif throughout the collection.

The cabinet of curiosities thus becomes a part of the filmmaker’s artistic and cinematic legacy, preserved it in its original form here for posterity. Švankmajer’s longtime producer Jaromír Kallista of Athanor produced the documentary and is handling international rights. The film received €36,000 in support from the Czech Film Fund.

Thriller on the crisis of democracy

In addition to Kunstkamera, the IFFR’s Harbour section, dedicated to “the full range of contemporary cinema,” will host yet another return to the festival. Slovak filmmaker Mátyás Prikler debuted as a director at IFFR, premiering his social drama Thanks, Fine (2013) in Rotterdam. Since then, he has focused on his career as a producer while continuing work on his sophomore feature, Power.

For Power, Prikler teamed up with veteran screenwriter Marek Leščák, his coauthor on Thanks, Fine, to pen an ambitious story far removed from the family social drama of his debut. Power merges political thriller and crime drama, a combination currently in high demand in Central Europe, to address issues of politics and power amid the crisis of modern-day Western democracies. The film’s central narrative is inspired by true events.

A high-ranking politician kills a child by accident. As the investigation unfolds, an ex-secret service agent is assigned to cover up the trail that leads to the true perpetrator. A journalist, however, sensing something is amiss, begins to dig deeper into the case.

Prikler said the tragicomic story “uncovers the hidden machinery of political power and the efforts to maintain it, but asks questions about the true identity of political figures and the stories behind the masks they show to the public.” The film’s main theme is truth, the forms it takes in public life, and the possible ways of pursuing and concealing it.

Power, a Slovak-Hungarian-Czech project, was coproduced by Pavel Strnad and Petr Oukropec from the Czech production outfit Negativ. It won support from the Czech Film Fund (€80,000), the Slovak Audiovisual Fund, the National Film Fund Hungary, Kultminor, and from both European funding bodies: Creative Europe MEDIA and Eurimages.

The Czech audiovisual industry has developed a sprawling network of partnerships and collaborations. Increasingly, coproductions are not confined to Europe but extend beyond the continent.

In particular, Czechs have built strong ties with independent Iranian filmmakers, some of whom are based in the Czech Republic—such as the Prague-based production outfit Media Nest, led by Iranian producer Kaveh Farnam.

Farnam’s company is behind a host of award-winning films, including the Golden Bear-winning portmanteau There Is No Evil by Mohammad Rasoulof, and his previous feature-length effort, Man of Integrity.

Media Nest reunited with PakFilm of Germany and the Tehran-based Filminiran, companies it worked with on There Is No Evil and Mahnaz Mohammadi’s drama Son-Mother, to produce Abbas Amini’s latest feature-length drama, Endless Borders. Supported by the Czech Film Fund with €92,000 in its minority coproduction scheme, the film has been picked for Rotterdam’s Big Screen competition, which fuses popular, classic, and art house cinema. 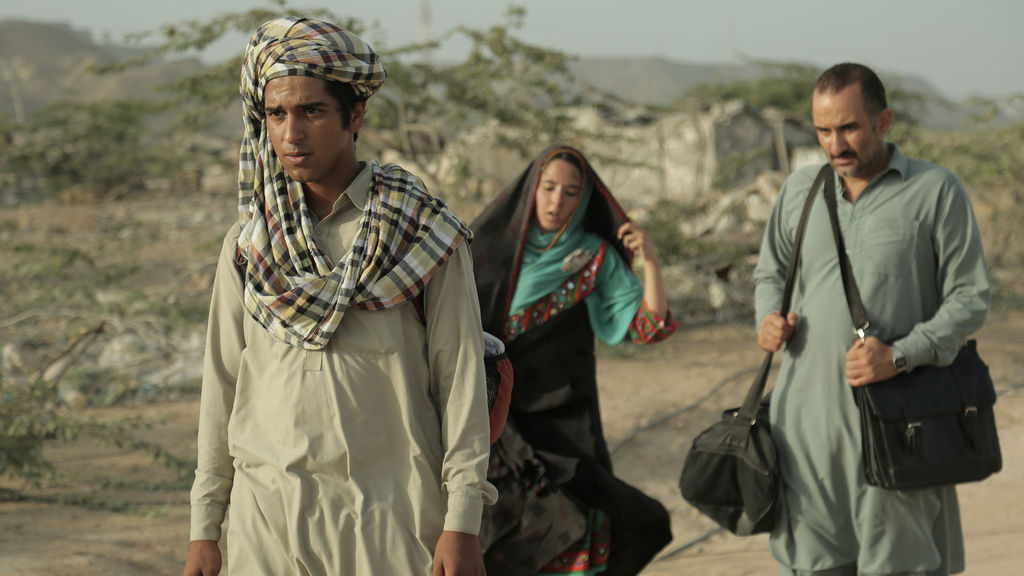 Amini has directed several shorts and documentaries, and his first two feature-length fiction works —Valderama (2016) and Hendi and Hormoz (2018)—both of which screened at Berlinale, revolved around youth. Amini’s next projects—I Am Here (2020) and Slaughterhouse (2020)—focused on socioeconomic issues in present-day Iran. His latest work explores sociopolitical issues affecting Iran in the wake of the Taliban’s recent resurgence, as the return of tribal and ethnic wars has led members of the Hazara, an ethnic group in Afghanistan, to seek refuge along the Iranian border and enter Iran illegally. 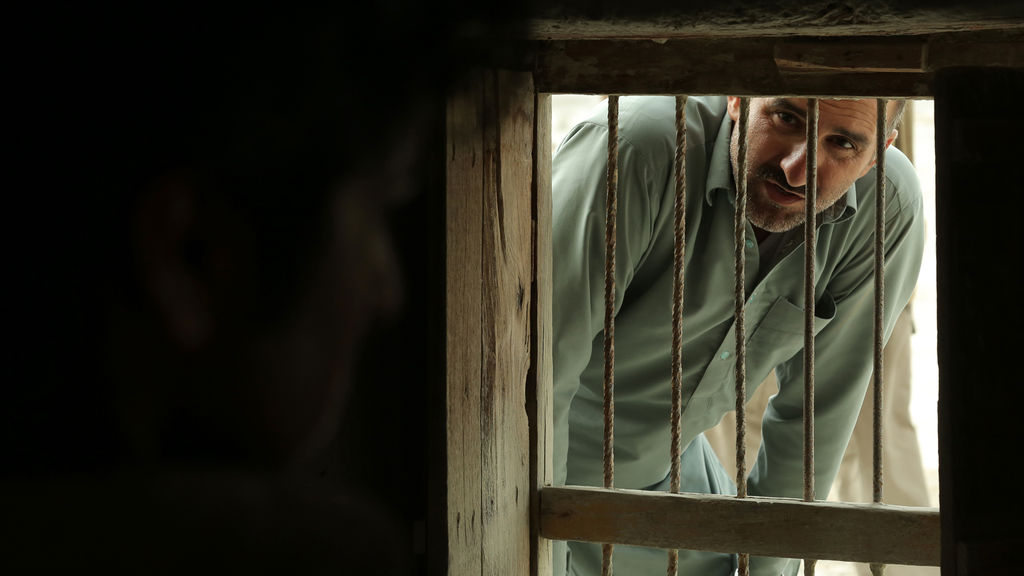 Endless Borders takes place in a village of Iran’s Balochistan region, on the Iranian-Afghan border, and a small Iranian town. The protagonist is an exiled teacher named Ahmad whose partner Niloofar has spent time in jail in Tehran for the same offense that drove Ahmad into exile. However, as a rift opens between the two, Ahmad’s destiny collides with that of a family fleeing the Taliban. Ahmad must confront his misconceptions and the harsh limits of traditional society when it comes to customs and prejudices.

Divine Bohemian in the Limelight

This year’s Rotterdam festival will welcome the most ambitious work yet by Czech director Petr Václav, the period musical biopic Il Boemo. Václav’s film takes its bow in Limelight, the IFFR section that celebrates festival favorites and international award-winners.

After an assortment of social dramas, Václav has shot a Baroque costume drama that unearths the life story of the 18th-century Czech composer Josef Mysliveček. Though since forgotten by history, Mysliveček was a teacher to the young Wolfgang Amadeus Mozart, and composed 30 operas and 10 oratorios, as well as symphonies, concertos, overtures, and chamber and choir music.

It took a decade of preparations to bring the film to fruition, introducing the rich career, eventful personal life, and buried reputation of this titan of classic opera in what the director calls “an Icarian story.” Václav maps the ups and downs of Mysliveček’s storied career, from his climb through the upper ranks of Italian society up to his untimely death.

Il Boemo premiered at the San Sebastian IFF last year and is the Czech Oscar entry for Best Foreign Language Film in 2023.

These respected artists revive Mysliveček’s works, unheard in over two and a half centuries, bringing them to the big screen thanks to the Czech early music orchestra Collegium 1704. This gives viewers a chance to hear the Divine Bohemian’s oeuvres in renditions faithful to their sound when first performed.

International sales rights for Il Boemo are being handled by the Paris-based sales company Loco Films. The rise of the Taliban in Afghanistan has once again reignited the fire of ethnic and tribal wars. Fragments of the Hazara tribe who have long been targeted and killed by the Taliban have sought refuge along the Iranian border.… In the second half of the 18th century, when the Empress Maria Theresa reigns in Bohemia and the Seven Years' War has just ended, young Josef Mysliveček, son of a Prague miller, leaves for Italy. He wants to fulfil his dream and… The castle of Horní Staňkov. Camera enters the castle park. Approaching Kunstkamera, it stops at the emblem of Ouroboros above the entrance. The door opens, letting the camera in, to reveal the magical square with astrological…