Film set designer Jan Vlasák (b. 1968) has won four Czech Lions, in collaboration with directors Jan Svěrák, Václav Marhoul, and David Ondříček. He often works on films that take place in the past, but also “does” the present, and sees pros and cons in both types of work. He considers a good screenplay to be the foundation of his work.

What exactly does a film set designer do? And what is the difference between a set designer, a film architect, and a production designer? These terms are often confused.

My work involves creating or modifying the environment where the film takes place. The set designer works with the director, the cinematographer, and the costume designer to build a mise-en-scène, that is, everything the viewer sees. The director arranges the shot with the actors, the cameraman frames and lights it — and everything else you see in the shot is the work of the set designer. Until 1989, we called this profession “film architect.” After that, with the arrival of foreign productions, the names of the professions associated with film sets began to change. In the Czech context, this usage was entrenched due to its adoption by the Czech Lions, where “my” category is called “film set design.”

You’ve won four Czech Lions — for The Painted Bird, Three Brothers, In the Shadow, and Smart Philip. Compared to directing and acting, your profession tends to be overlooked. Do you get any satisfaction from these awards?

Realizing your ideas as a film set designer requires resources, so the work depends a lot on the budget. With a smaller budget, the set design is also less impressive. I’m certainly pleased by the awards, but it’s not what I base my work on. It also depends what the competition is like for that year. I didn’t expect to get a Lion for Three Brothers — although on the other hand, it is a fairy tale, which is a genre where set design is more prominent. 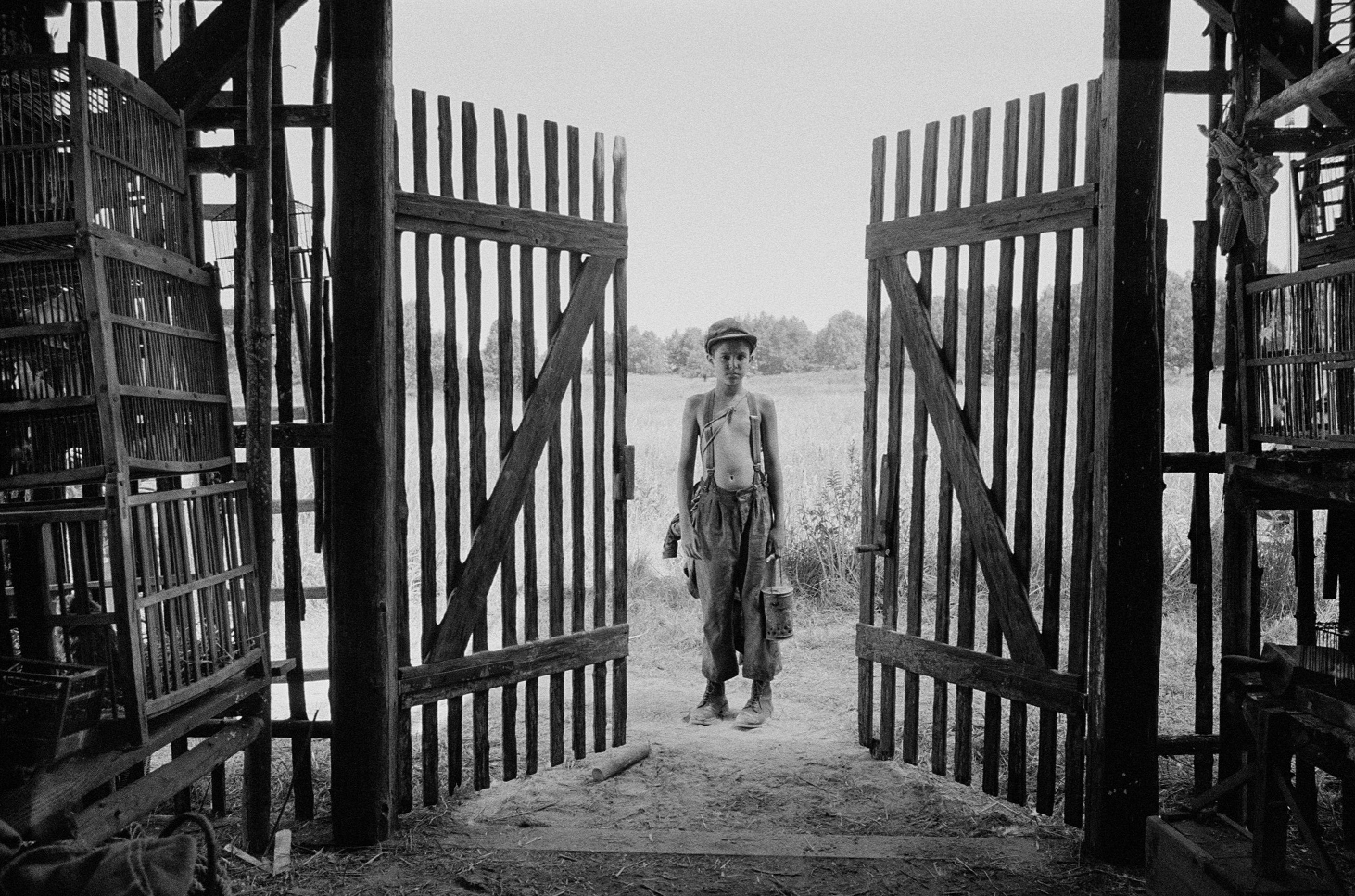 That’s also true of films set in the past, which your filmography has a lot of. For example, Dark Blue World, Barefoot, and the HBO series The Sleepers. Do you feel like retro is your specialty?

That’s hard to say. I try to be thorough, and directors know that about me. If a project is more demanding, which retro films tend to be, they often contact me. On the other hand, retro films have the advantage that the artistic stylization of the period is given in advance. You can draw inspiration from period photographs, the color palette, the architectural style. Then the stylization pretty much comes together by itself, whereas creating a uniform artistic style in a contemporary story is more difficult, provided you want to get a particular idea across and avoid jumping all over the place — with color scheme, for example.

Was this a challenge for Bethlehem Light, your newest film, directed by Jan Svěrák?

Yes, it was a real challenge for Jan, and for the entire set design department. I worked with cinematographer Vladimír Smutný and costume designer Simona Rybáková to come up with an artistic design that supports the plot but isn’t as superficial as films like Amélie.

Part of Bethlehem Light takes place in the Prague neighborhood of Letná, which you also used in The Sleepers series. Is that one of your favorite neighborhoods or did it just fit the scripts?

It fits the scripts, because of its topography, its atmosphere, and a certain monochromatic patina. Plus the property owners in Letná treat the buildings well. For example, when they redo the facades they try to make them fit the street. It’s a bit embarrassing, professionally, to use the same places repeatedly, but the number of good locations is dwindling. 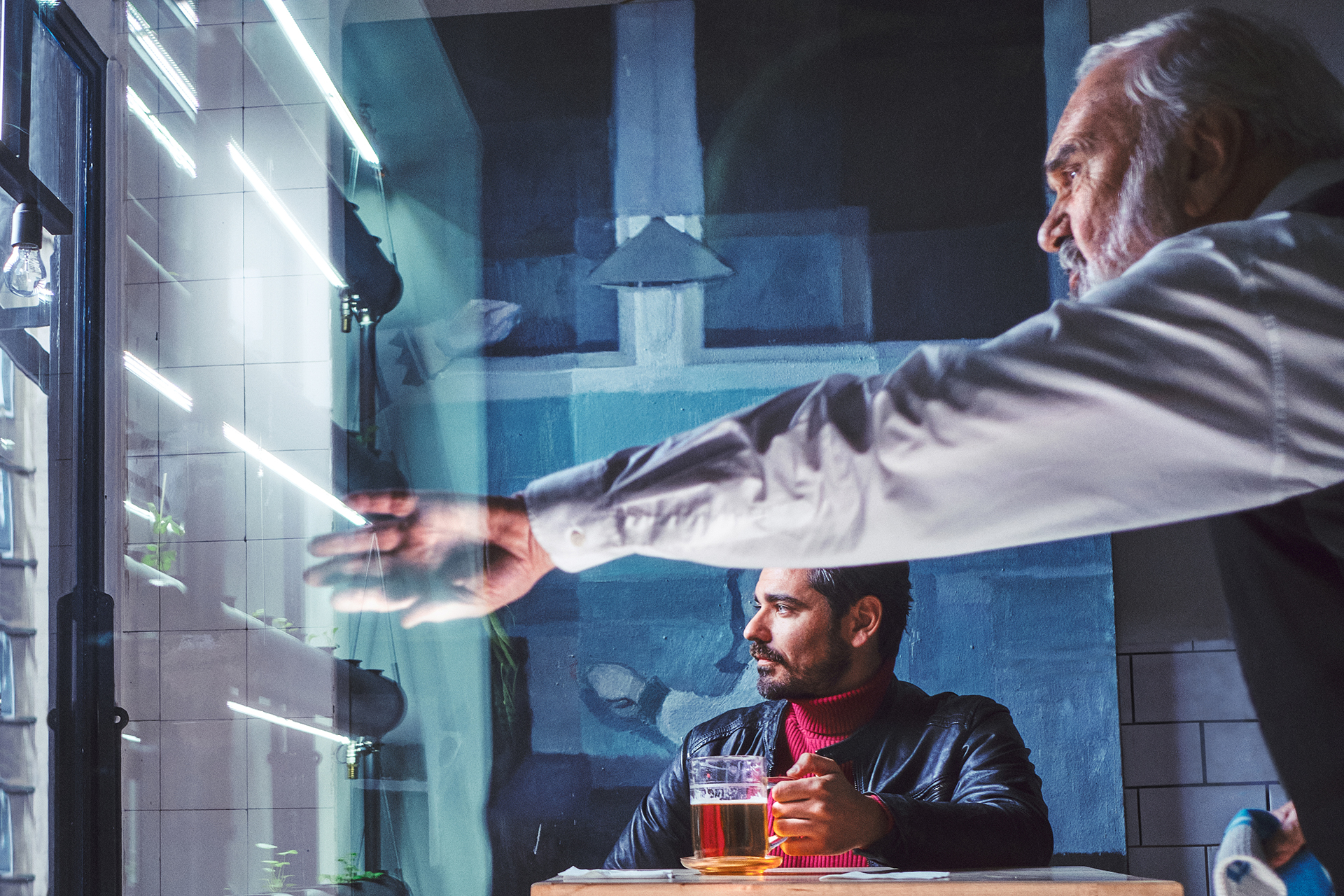 Where do you start when working on a film or series?

I choose projects based on the screenplay, the director, and the cinematographer. I learned by working on Zdeněk Svěrák’s screenplays, which is the reason I’m so picky and why it bothers me that the most important thing, the screenplay, is often taken for granted. The thing I like best are those first steps into the unknown, the first meetings after reading the script with the director and cinematographer, then the moment when the work begins to take on a real shape — with the casting, location, costumes. The most important thing for me is to understand the screenplay, the dramatic composition of the environment, which characters live where and how. Then I try to support that with my work. I also need to push things a little, derail them, so the environment isn’t completely predictable, but I mustn’t destroy the screenplay. For me, film set design is an applied art. It’s not about showing off.

In retro films, how do you work with obvious period attributes, like swastikas, red stars, and elements like that, which are often overused?

It depends on the genre and the screenplay. I try to exercise restraint. In the Shadow, for example, is a film set in the ’50s that is clearly stylized by blatant displays eriod. Yet, I decided not to use any red in it. We kept to the detective story genre and avoided any “blatant displays” of communism. We even sewed our own Soviet flags from brownish red fabric.

You have to have a little luck in life. Personally I’ve had the good fortune of working with directors like Jan Svěrák, Bohdan Sláma, Václav Marhoul, David Ondříček, Ivan Zachariáš, Vladimír Michálek. To me directors are like conductors, the screenplay is their sheet music, the crew is the orchestra, and you’re a member of the choir, where any wrong note can ruin everyone else’s work. Jan Svěrák tells his stories completely differently than Bohdan Sláma, yet both are trying to say the same thing. Jan likes to take stories and dirty them up, while Bohdan tries to refine them, but neither one of them is terribly successful, which is a good thing, because in today’s postmodern world, screenplays are the only thing I enjoy about art, the only thing that presents something new. David Ondříček is an optimist, which I am not, and for Zatopek he also got cinematographer Štěpán Kučera, who always questions everything. So David had to suffer along with us. However, I have a sneaking suspicion he did this intentionally, because the combination resulted in something new and, I hope, good. 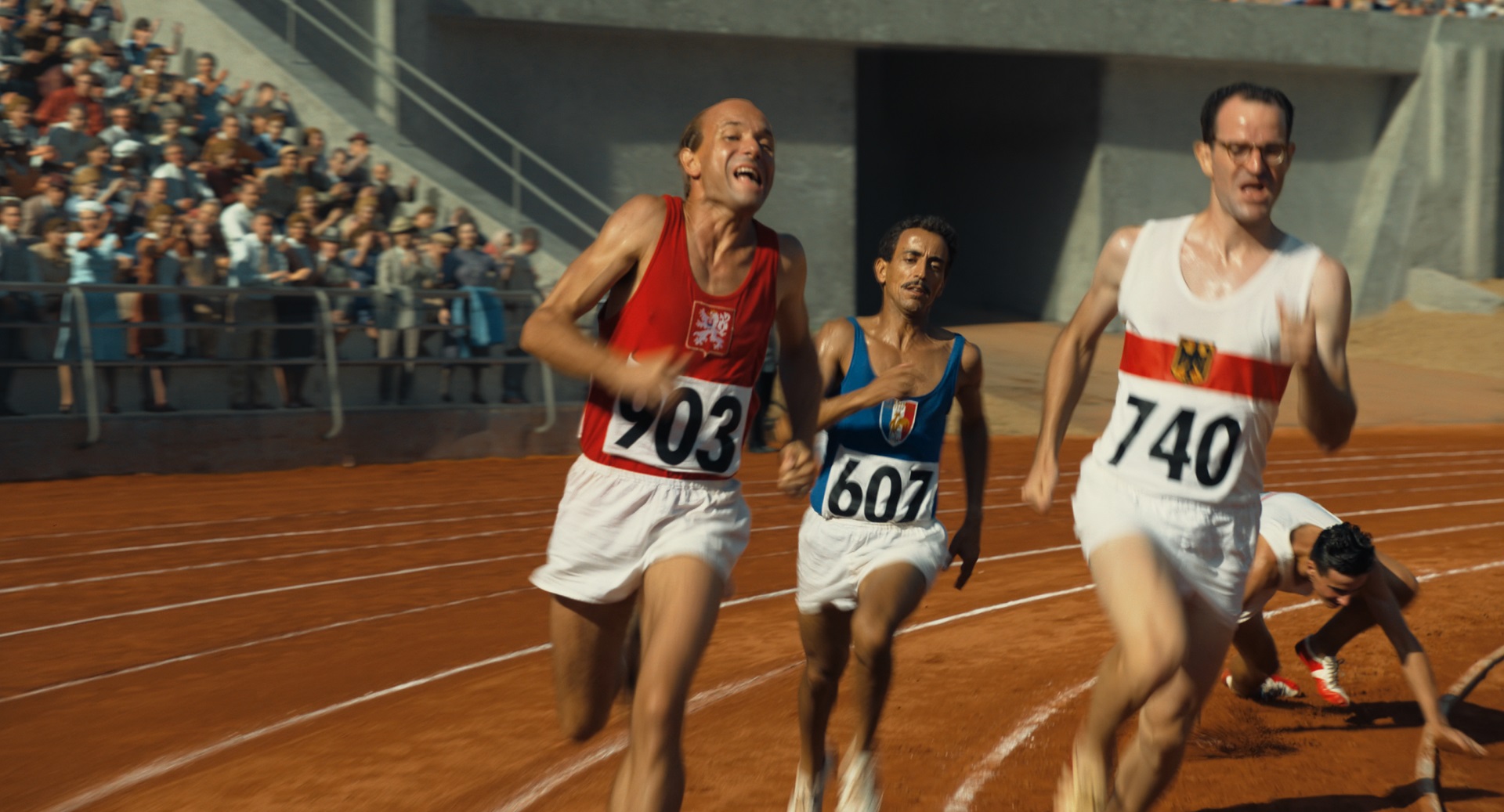 How did you first get into film set design?

I graduated from the Czech Technical University with a major in water management and waterworks construction. In the early ’90s I got into film because I was afraid of spending my whole life doing something I didn’t enjoy. I was looking for something fulfilling. I come from Nymburk, which is also the hometown of film architect František Vokřál, who at the time was working on Horror Story. I helped him draw the decorations. He was satisfied with my work, so he set me up with a job as an assistant to set designer Olga Rosenfelderová at Barrandov. Then, after also helping set designer Jiří Hlupý on the Beethoven biography Immortal Beloved, I began to work independently.

How has your profession changed over the past 30 years?

Feature-length films are now competing with new audiovisual formats, mainly series. I consider feature-length films to be the king of categories. Most of my time has been spent working on them and I like them the best. The question remains whether they will survive and in what form: how many feature-length films will be produced, how many of them does our filmmaking industry really need, and how many people will keep going to cinemas? One thing certain, though, is there will continue to be a desire to tell stories. The formats may vary, but the main thing is for them to be entertaining, true, and meaningful.