Karlovy Vary International Film Festival has revealed the complete programme of its 56th edition, including the main sections – Crystal Globe Competition, newly-established Proxima Competition and Special Screenings – which include 9 Czech films and co-productions in total. Films by Beata Parkanová and Tomasz Wiński will celebrate world premieres in the main competition, while Adéla Komrzý's new documentary and Šimon Holý's second feature will compete in the newly designed Proxima Competition.

Karlovy Vary’s main competition will present two Czech films - The Word and Borders of Love - and the first ever co-production with Israel since the co-production treaty between Czech Republic and Israel was finalized in 2017 – America by Ofir Raul Grazier.

Family drama The Word by Beata Parkanová, whose feature debut Moments premiered at KVIFF’s East of the West Competition in 2018, is a Czech-Slovak-Polish co-production and it provides an intensive insight into the common life of Václav and Věra, their family and immediate surroundings, between the summer of 1968 and 1969. Václav and Věra differ in temperament, intellect, and expressions of empathy. Nevertheless, or maybe precisely for this reason, they are partners, riding a roller coaster of life together.

The film is produced by Vojtěch Frič of love.FRAME, Ondřej Kulhánek of Bontonfilm Studios and Maroš Hečko & Peter Veverka of Azyl Production (SK). Co-producers include KIJORA FILM (PL), Czech Television, Studio Beep and PFX. As a project in the making, The Word won the D-Facto Motion Works in Progress Award at Connecting Cottbus co-production market and it was also backed by the Czech Film Fund in calls for early script, development and production altogether with EUR 373 000. 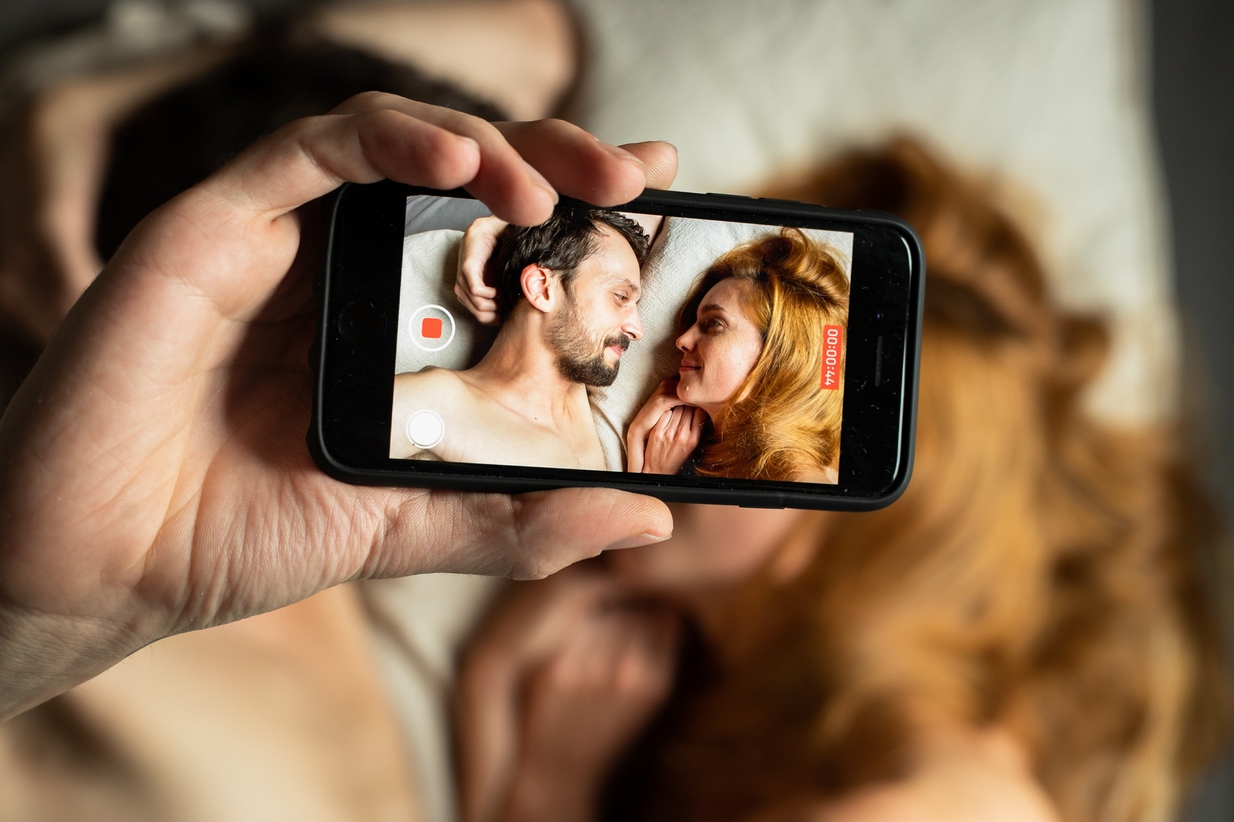 The psychological drama Borders of Love will also celebrate world premiere in the main competition. Feature debut by FAMU graduate Tomasz Wiński tells a story of a young couple who decides to open up their relationship and talk about their encounters with other sex partners. Each of them embarks on a journey of discovering the boundaries of intimacy, searching for more and more intense experiences. Borders of Love is produced by Jiří Konečný of endorfilm and by the director himself & Tereza Nejedlá for One Way Ticket Films, in co-production with PINK. The Czech Film Fund backed the project, on which we focused in an article for our CZECH FILM magazine, in script, development and production stages combined with EUR 224 000.

Ofir Raul Graizer won festival’s non-statutory Ecumenical Jury award in 2017 with his debut The Cakemaker. Five years later, the Israeli director will world-premiere his second feature, Israeli-German-Czech America, also in Competition. America follows Eli, an Israeli swimming coach living in the United States, who comes back to Tel Alviv to deal with the estate of his dead father. During a visit to his friend and his fiancée, Eli sets in motion a serious of events that will affect everyone’s lives. The Israeli-German-Czech co-production is led by Itai Tamir of Laila films in co-production with German Schiwago Film and Czech producer Jan Macola of Mimesis Film. The Czech Film Fund supported America with EUR 100 000 in the minority co-production scheme.

The selection of this newly-established section, which replaces the East of the West Competition and takes it wider with the intention to contextualize the region from a global perspective, while dropping the geographical limitations, includes two Czech films. Art Talent Show is focused on the talent admissions exams at the Academy of Fine Arts in Prague. Across three different ateliers, the documentary observes the background of a difficult task that stands in front of institution’s pedagogues: how to pick, from the legion of participants, the chosen ones that will be given the chance to form the tone of fine arts for years to come? To make Art Talent Show, directors Adéla Komrzý (Intensive Life Unit, KVIFF's East of the West Competition 2021) & Tomáš Bojar (Breaking News, Off Sides) joined forces with producer Jakub Wagner of GPO Platform, Academy of Fine Arts (AVU), Czech Television and UPP. The CFF supported their efforts with EUR 68 000 for production.

Šimon Holý returns to Karlovy Vary just a year after he premiered his directorial debut Mirrors in the Dark in the East of the West Competition. His second feature And Then There Was Love... is a story of a sixty-year-old woman who is desperate for love and happiness. On a weekend trip with her daughter, she decides to see a fortune teller because she believes this experience will lead to a better understanding of herself and her problematic relationships. But through all card readings and ancestral therapy sessions more and more problems, traumas, unsolved questions, and feminine topics will bubble out. Holý delivers his second feature also in production of his own company šššššFilm, this time co-produced with fellow producer Jan Syruček.

The festival will also premiere Big Opening, the third feature by Miroslav Krobot who introduced his debut Nowhere in Moravia at the festival in 2014. Big Opening follows a popular theatre actor who gets an offer to direct his own performance. The dream is about to come true but then Tourette syndrome gets in the way... For the film, Krobot again teams up with Ondřej Zima & Silvie Michajlova of Evolution Films, with Czech Television also being on board. The Czech Film Fund backed the making of the film in both development and production stages altogether with EUR 268 000.

Director Adam Sedlák (Domestique, KVIFF’s Competition in 2018) and producer Jakub Jíra of Shore Points joined forces again and also celebrate return to the Karlovy Vary IFF. Their BANGER. is a story of Alex, who believes that recording a “banger” with a respected rapper will allow him to finally quit dealing drugs. There’s just one final hurdle – he needs to come up with a pile of cash in a single night, and then the road to the studio will be clear. The film, which is co-produced by Czech Television, was supported for both development and production with altogether EUR 222 000. 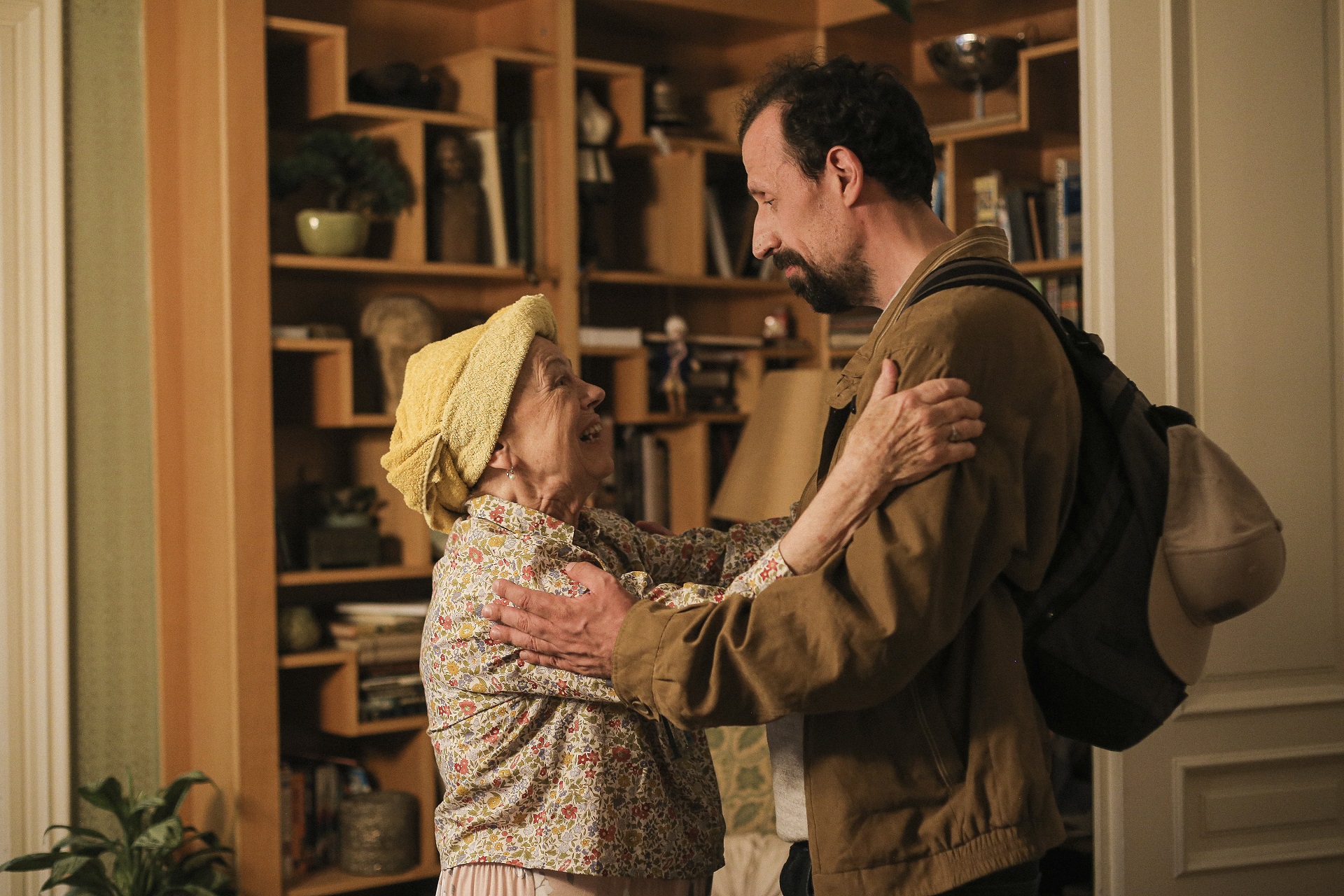 Director Štěpán Fok Vodrážka and producer Jakub Košťál of Bionaut will present PSH Neverending Story, an incisive triple portrait that flouts all the taboos. Orion, Vladimír 518 and Mike Trafik are Peneři strýčka Homeboye (Uncle Homeboy’s Hoboes). Three lads from Prague, legendary rappers on the cusp of middle age, friends. Graffiti, the first attempts at rap, parties, fame, booze and drugs. Sky-rocketing popularity (but well-earned), downfalls, crises and comebacks - it all forms their story, which was last year supported with EUR 60 000 by the Czech Film Fund.

Special Screenings selection also includes American-Danish-Czech co-production documentary The Killing of a Journalist which focuses on a brutal murder of a young Slovak investigative journalist Ján Kuciak and his fiancée at their home in Slovakia. Their deaths inspire the biggest protests in the country since the fall of communism. The story takes an unexpected turn when a source leaks the secret murder case file to the slain journalist’s colleagues. It includes the computers and encrypted communications of the assassination’s alleged mastermind: a businessman closely connected to the country’s ruling party.

Director of the film, Matt Sarnecki, is a producer and a filmmaker at the Organized Crime and Corruption Reporting Project (OCCRP), and for this film, he teamed up with production team consisting of Signe Byrge Sørensen of Final Cut for Real (Denmark), Got Fat Productions (Denmark), and Zuzana Kučerová and Jitka Kotrlová of Czech company Frame Films. The Killing of a Journalist world-premiered at Hot Docs’ International Spectrum competition earlier this year, and was backed by the CFF for production with EUR 36 000. 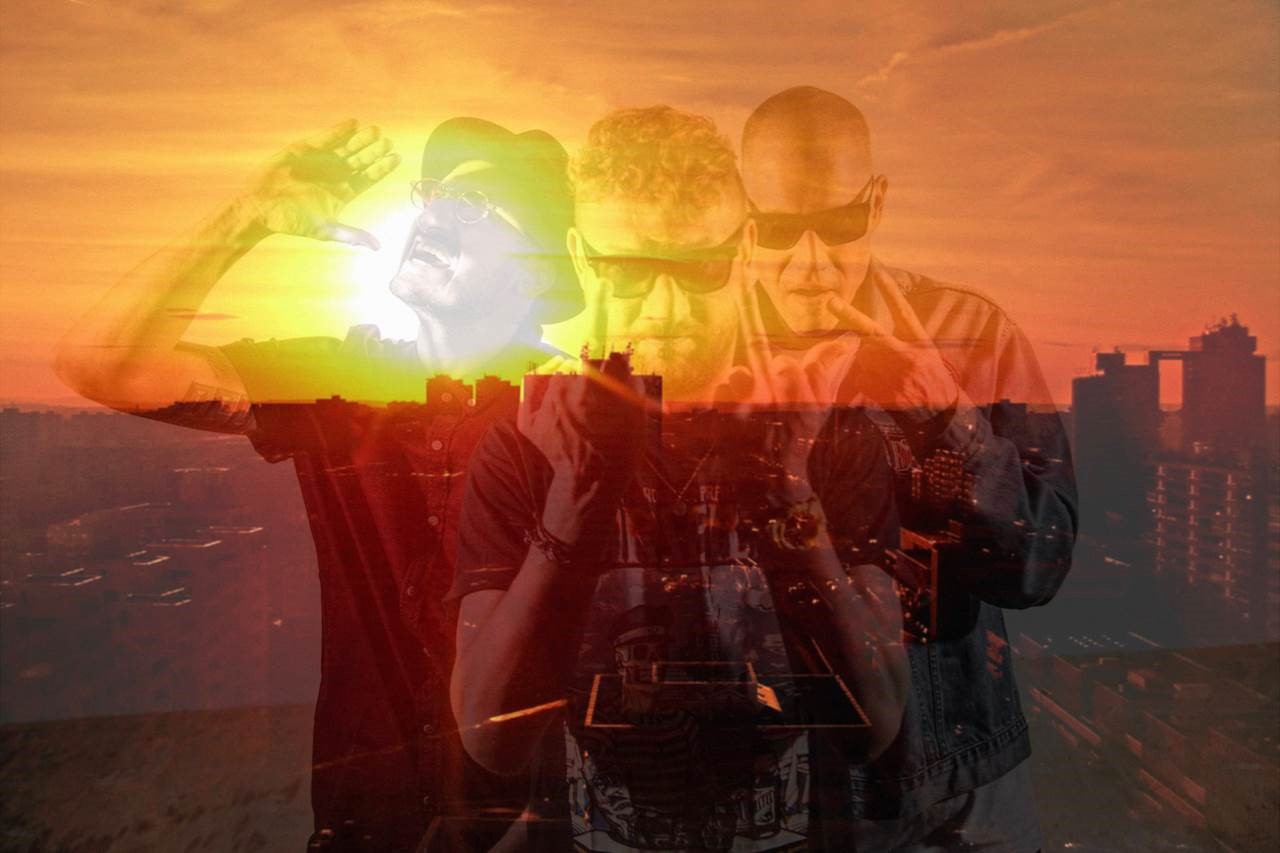 In the Horizons section, aimed at the most remarkable contemporary films, KVIFF will screen two Czech minority co-productions that have proven to be this year's festival favourites. Icelandic-Danish-Swedish-Dutch-Czech drama Beautiful Beings, written and directed by Guðmundur Arnar Guðmundsson, worldpremiered in Berlinale’s Panorama, where it was also recognized as the best European film of this section by European arthouse exhibitors.

The film follows Addi, a boy raised by a clairvoyant mother, who decides to adopt a bullied misfit into his gang of outsiders. Left to their own devices, the boys explore aggression and violence but also learn about loyalty and love.

Beautiful Beings is produced by Anton Máni Svansson of Join Motion Pictures in Iceland, in co-production with Motor Productions (Denmark), Hobab and Film i Väst (Sweden), Bastide Films (The Netherlands) and Negativ on the Czech side with producers Pavel Strnad & Petr Oukropec. The Czech Film Fund supported Beautiful Beings with EUR 132 000.

Butterfly Vision follows Lilia, who after months in prison struggles to resume her life in Ukraine as a soldier and wife, living a story full of hope and humanity in the most hopeless of conditions.

The film is produced by Yelizaveta Smith and Darya Bassel of Tabor (Ukraine) with Dagmar Sedláčková of MasterFilm (Czech Republic), Anika Juka of 4 Film (Croatia) and Mario Adamson & Sergio C. Ayala of Sisyfos Film Production (Sweden) acting as co-producers. Moreover, Czech Džian Baban, respected scriptwriter and musician, is the author of the music in the film. The Czech Film Fund provided the support with amount of EUR 108 000.

In the same section, Karlovy Vary will also present The Last Race by Tomáš Hodan. An intense sports drama is telling the true story of Bohumil Hanč and Václav Vrbata, two pioneers of Czech skiing, who perished in the Krkonoše mountains during a dramatic race in 1913. The film is produced by Ondřej Beránek & Martina Knoblochová for Punk Film, and also by Magiclab, Pavel Bouška and Petr Dědek. The Last Race was made with a support from the Czech Film Fund (combined EUR 286 000). 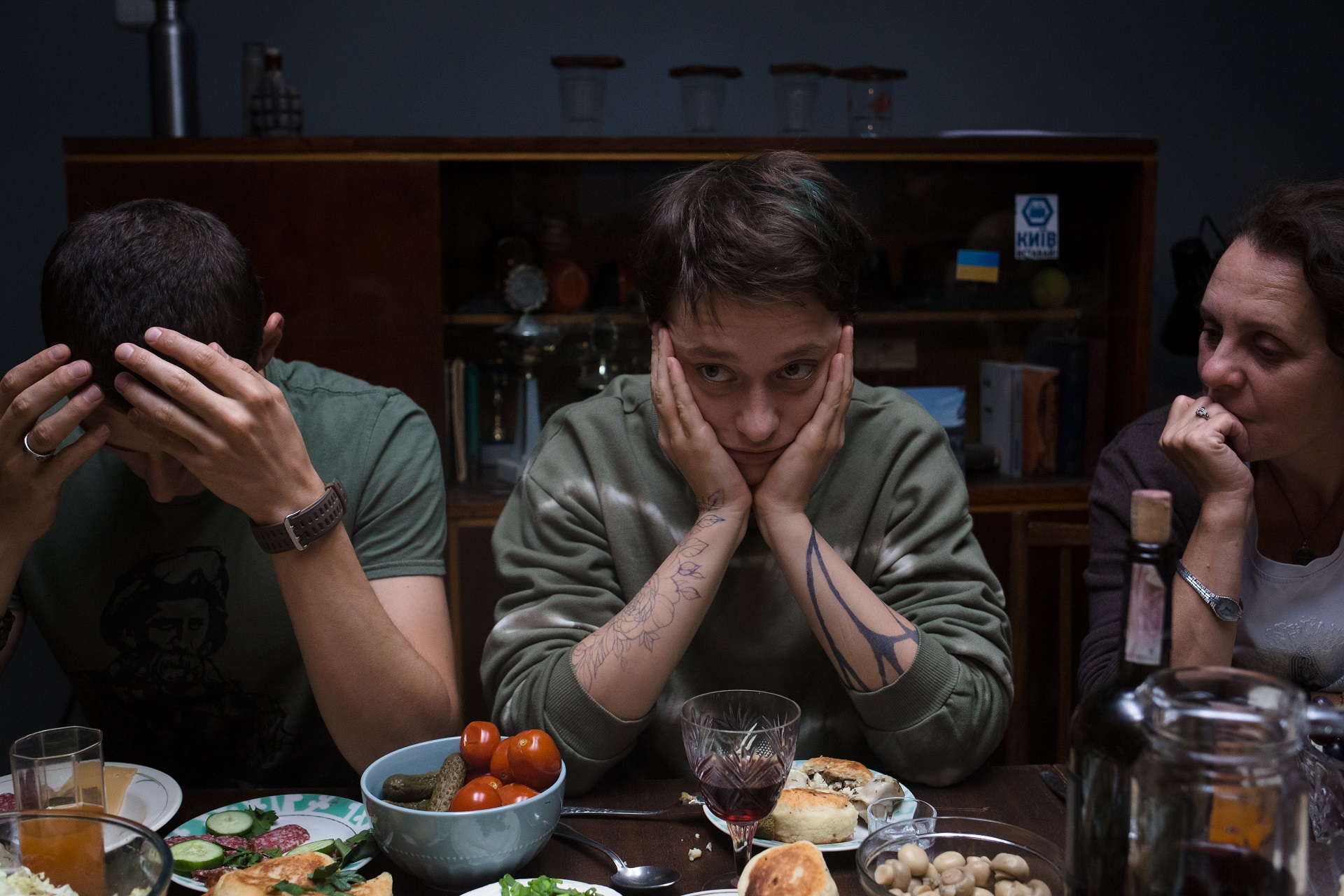 A joint inititative of European Film Promotion and Karlovy Vary IFF, Future Frames – Generation NEXT! of European Cinema, puts a spotlight on outstanding young directors from Europe. This year, Czech director Martin Kuba, graduate of Prague´s FAMU, will present his short film drama Vinland among the 10 carefully selected young talents. The film follows a Georgian teacher on a work placement in Prague, whose life changes when he gets involved with a group which takes care of uninsured workers.

Czech born Kuba studied Film Directing at FAMU in Prague. His short films include The Celebration (2016), The Lion, the Antelope and the Beautiful Blonde (2016) and Night On Fire (2019) which have been screened internationally and won awards at the likes of Montreal and Warsaw. His other experience includes assistance on HBO original series Wasteland, spots for the cinema art magazine ‘Film a Doba’, and an intern position at Black Camel Pictures in Glasgow, UK. He is now developing his debut feature film Three Weeks Under the Sea.

Vinland is produced Natália Pavlove and Miloš Lochman for moloko film, in co-production with Czech Television, FAMU and Filmtalent Zlín. 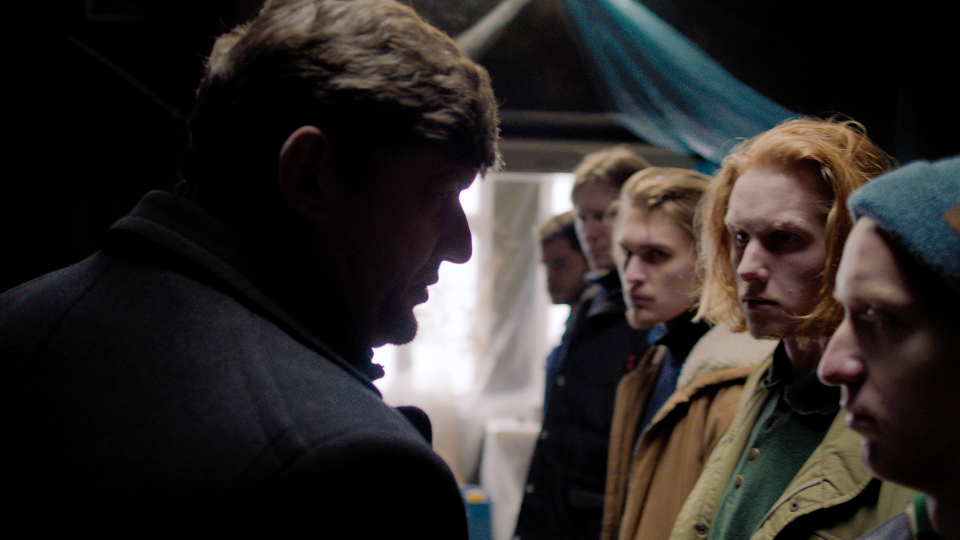 Out of the Past

Karlovy Vary continues its long-running tradition of premiering digitally restored versions of classic Czech films. This year, the festival will be showing another important example of the Czechoslovak New Wave, director Jaromil Jireš’s 1968 adaptation of Milan Kundera’s novel The Joke, which has been restored under the supervision of the Národní filmový archiv, Prague.

Jireš’s film has one central character, Ludvík Jahn, who sends a postcard to his girlfriend and colleague, saying, “Optimism is the opium of humanity! A healthy spirit stinks of stupidity. Long live Trotsky!” When Jahn’s girlfriend turns the postcard over to officials, he is expelled from the Party, fired from his job at the university, and sent to a labor camp. Many years later, when the main part of the drama plays out, he remains a man who, due to the past, is unable to experience the present.

In April 1968, Kundera was identified in a dispatch of the Soviet Union’s Ministry of Foreign Affairs as a member of a group seeking to overthrow socialism in Czechoslovakia. After the August invasion of Czechoslovakia by Warsaw Pact troops, he was at the top of the list of undesirables. The Joke was withdrawn from bookstores and libraries at the beginning of 1970 and the film was ultimately pulled from distribution. Kundera first left FAMU, where he had been lecturing, and then left Czechoslovakia altogether. You can read more about the fate of the film in our CZECH FILM / Summer 2022 magazine.